I was pretty excited when I found the essence nail art peel off base coat (not a really smashing name, is it?) at my fav nail varnish dealer.
We all know that removing a nail design which involves some kind of glitter is not the most pleasant thing to do! Of course I thought that just peeling the whole glittery mess off the nail should be much easier and also a little bit of fun.

Here is the design I did on Sunday to try the base coat out: 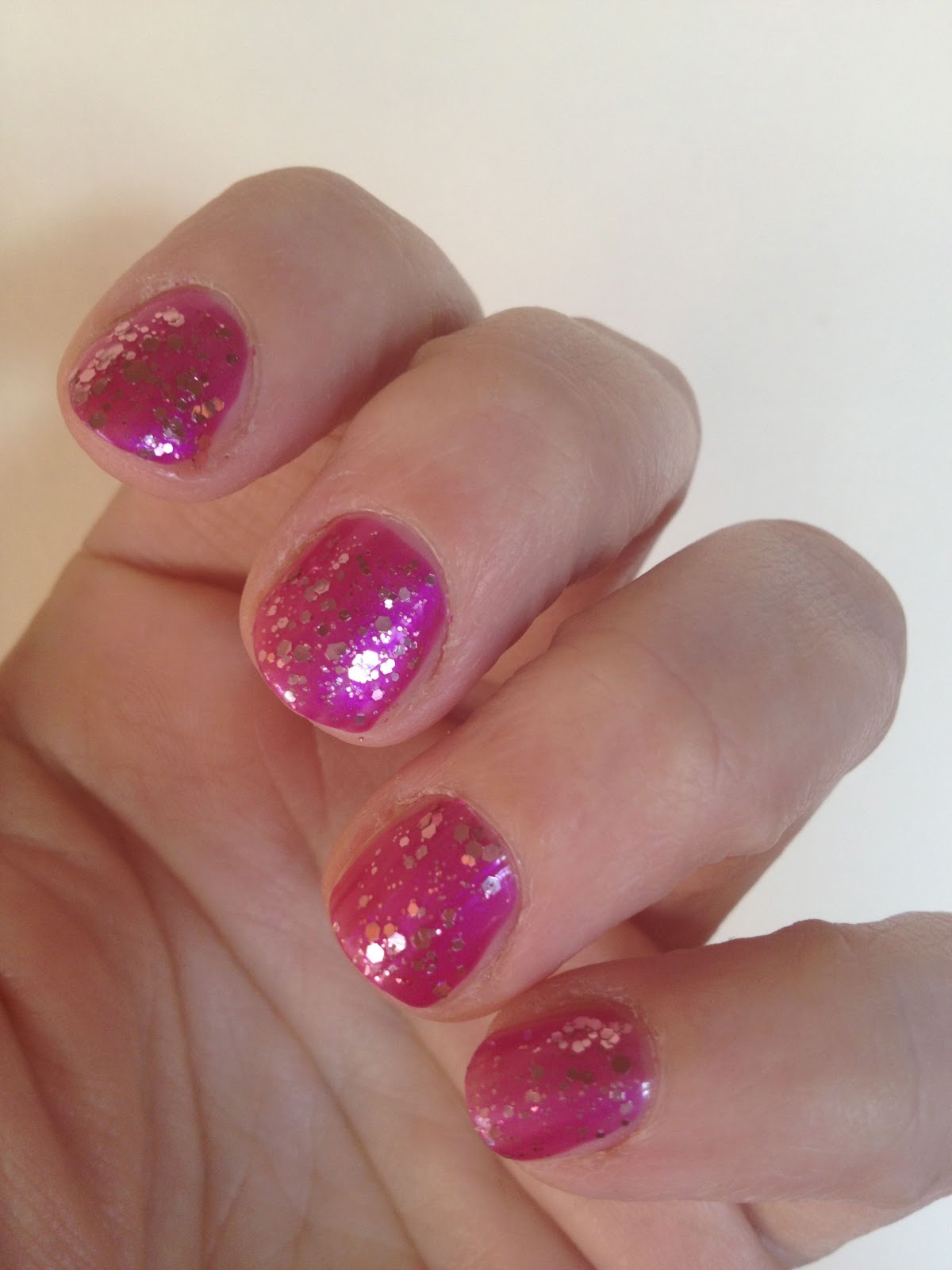 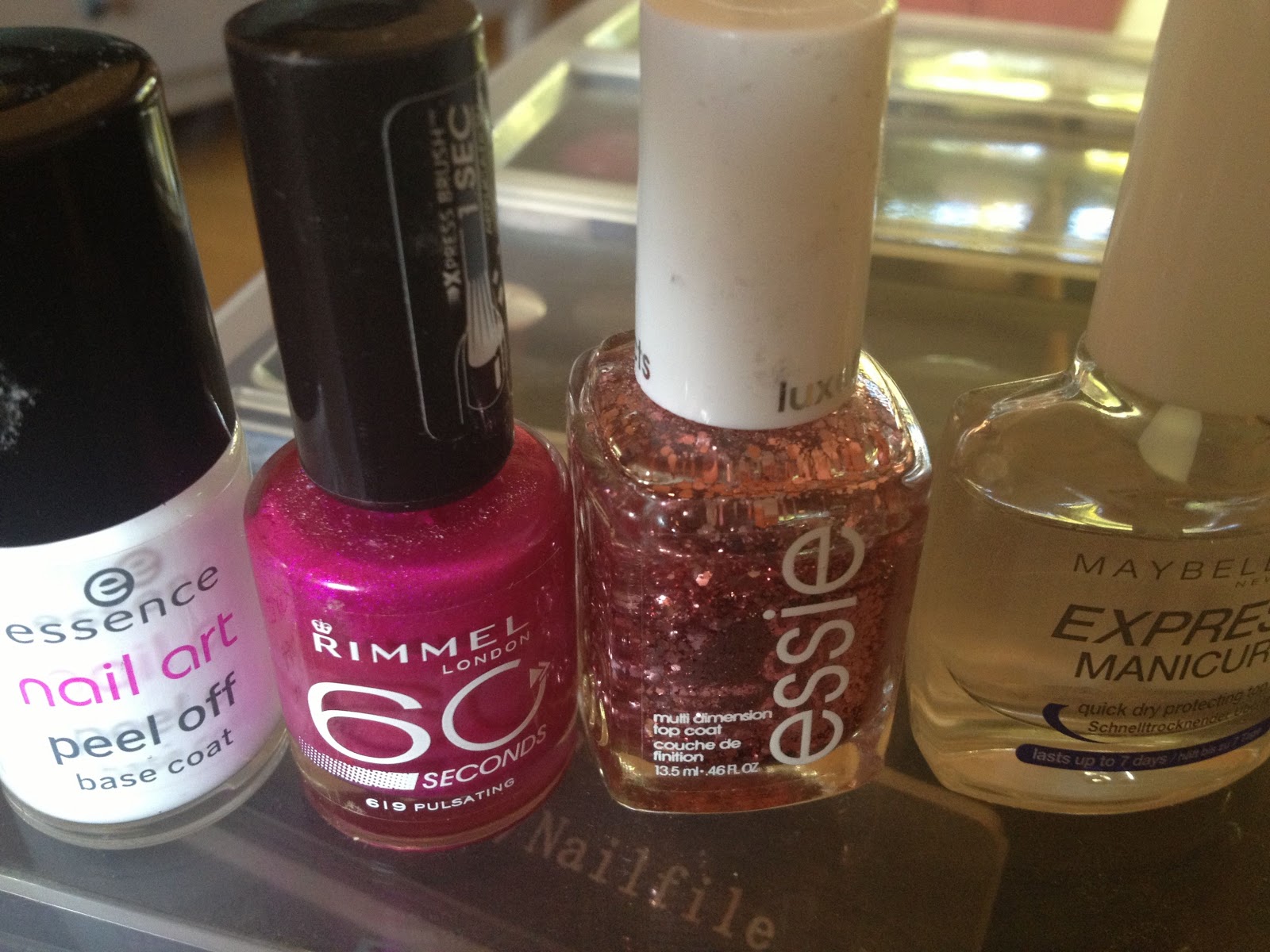 I started with a thick layer of the essence base coat (as described on the bottle). You are supposed to let it dry for ten minutes (until it goes clear) and also not to wash your hands with hot water for three hours after application. So do your dishes beforehand ;-)

The next layer was a nice pink from Rimmel 60 seconds: 619 pulsating

After that had dried I applied the glitter! essie luxeffects 'a cut above' (it's my absolute fav glitter nail varnish! Sooooo good!)

To give it a nice finish I applied a thin layer of Maybelline express manicure quick drying protecting top coat.

I was pretty happy with the finished product!
Today was the day were it had to come off because one of the fingers had started to chip big time.
To be honest I was even kinda excited to peel it all off!

Being a multi tasking girl I did it while walking the dog in the park, so if you are in a park and there is a trail of pinky glittery stuff .....that was probably me.

I can't say that I actually peeled it off! To be honest it took me ages and only little bits and pieces came off. I pictured the whole experience a little different. More like peeling all of the nail varnish off each finger in one go.
Ok, I was walking while doing it but I would say that removing it the traditional way takes just as much time.
I will give the base coat another go soon, but I am not really impressed so far.

I tried it again. This time I applied a very thick layer of the base coat and let it dry for more than 10 minutes. Today was the day to remove the nail varnish and I must say it went quite well.
I was able to peel of big pieces of the nail varnish and also was able to remove it from some of the fingers in one go!
Not so bad after all....It won't go to the bin so and will be used for further glitter nail designs again!
Posted by D at 20:00