I love bread! I really do...there is nothing better on this planet than a slice of very fresh bread with just a bit of butter.
But then came low carb and bread was dead to me. :-(
Actually being without bread is not as bad as it sounds. But a nice sandwich....oh dear, I do miss that every now and then.

Always looking out for new low carb recipes I found Soulfood LowCarberia It's a Blog from Germany, so sorry most of the recipes are in German. Jasmin lives low carb since quite a while and she even has her own low carb cafe in Nuernberg, Germany. So wish I would know anybody living close to her shop. Everything looks so so good!

The first recipe I wanted to give a go are the Atkins Revolution Rolls. Yes, low carb buns!!!!!
For burgers, for sandwiches, for whatever you fancy and today, I fancied a sandwich.
(There is a video in the post which is in english.)

So I beat the egg whites and then added the egg yolks which I mixed with cream cheese.
The recipe says that they need to go into the oven for 50 minutes at 150 degrees, but mine were actually done after 30 minutes. I might even reduce the baking time a little further the next time I make the buns.

I was craving a nice hearty sandwich, so I put cream cheese, bacon, chorizo, mushrooms and BBQ sauce on my buns. I loved it! It tasted really nice.....defo gonna make them again! 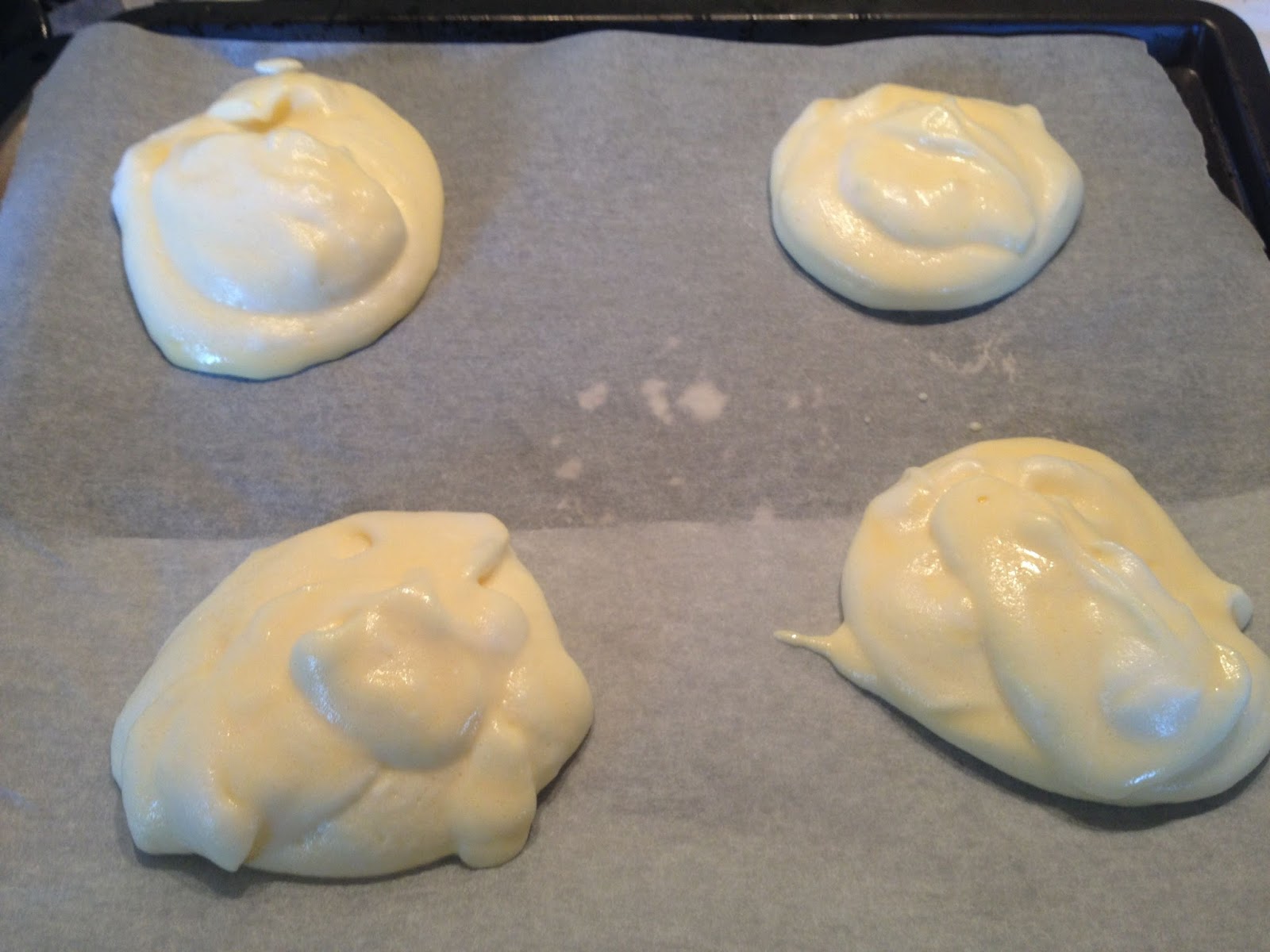 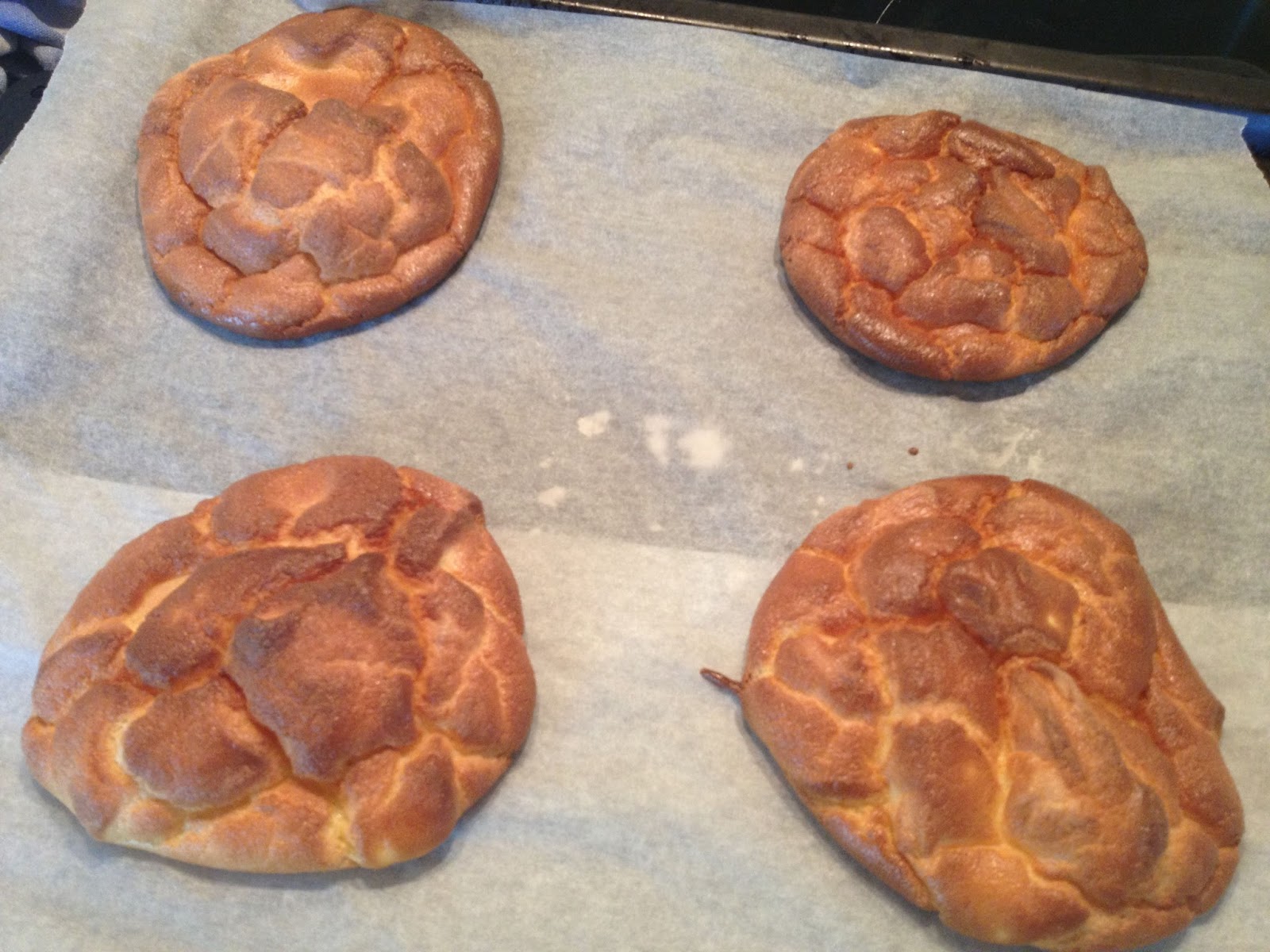 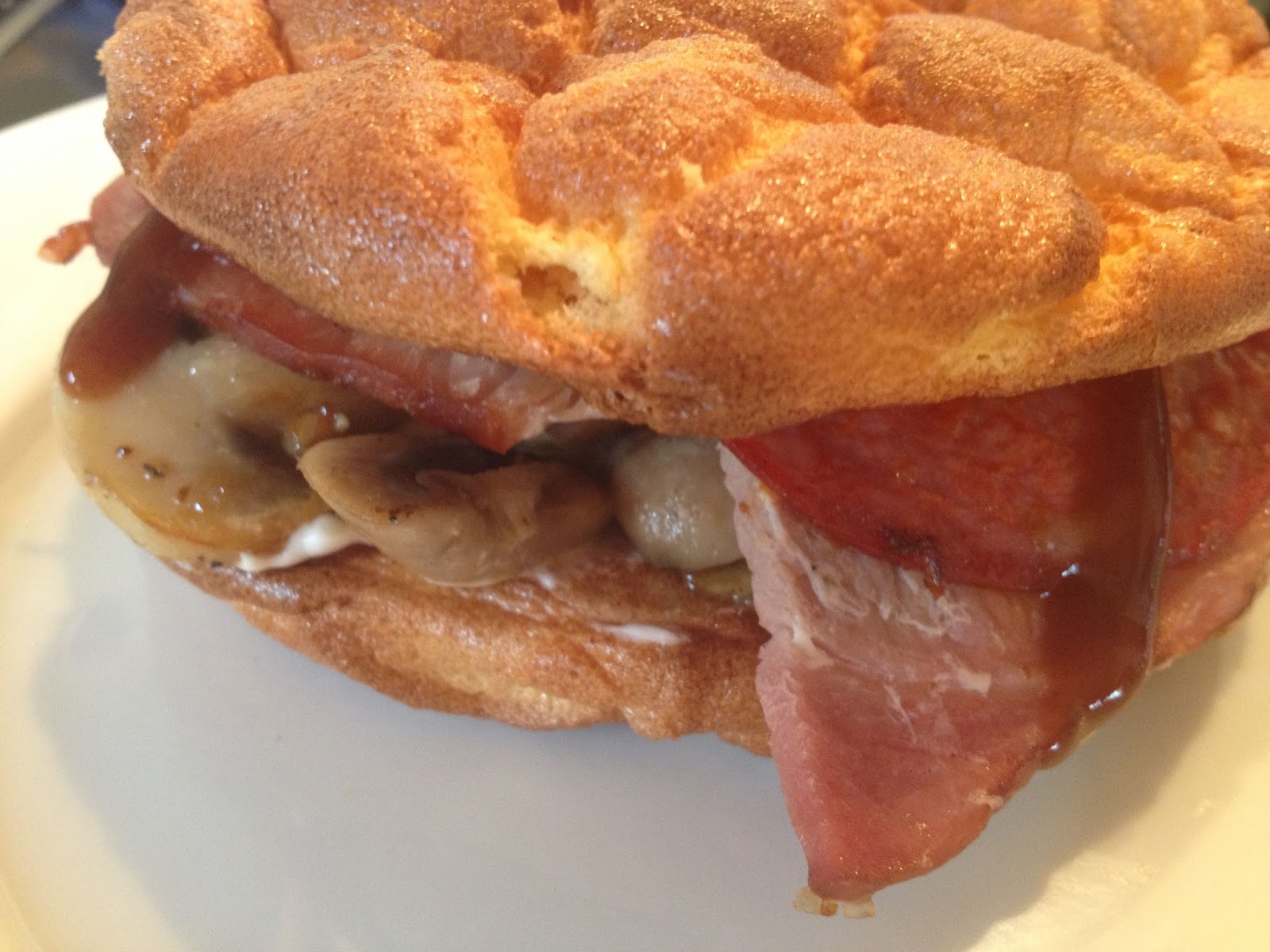 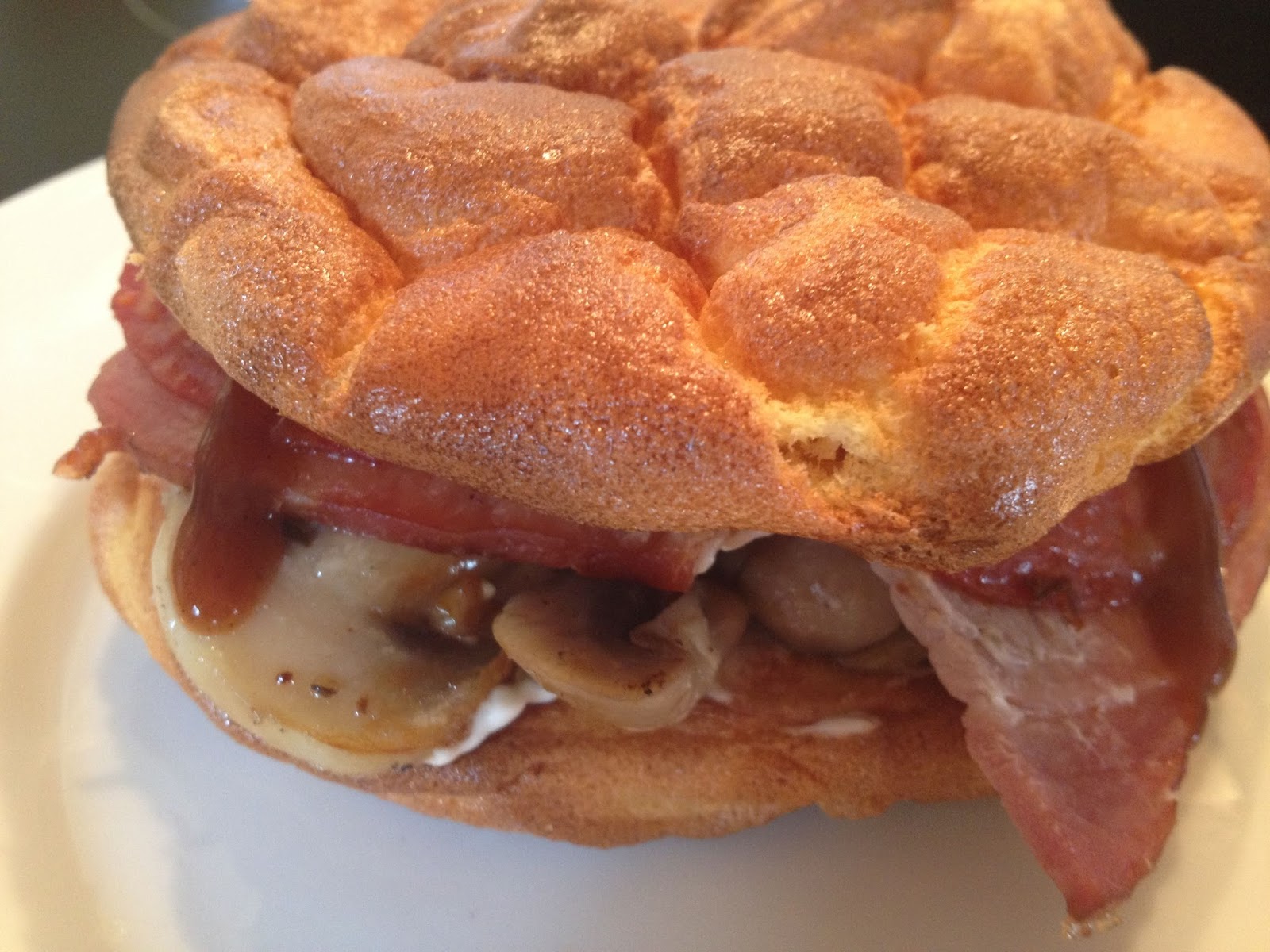 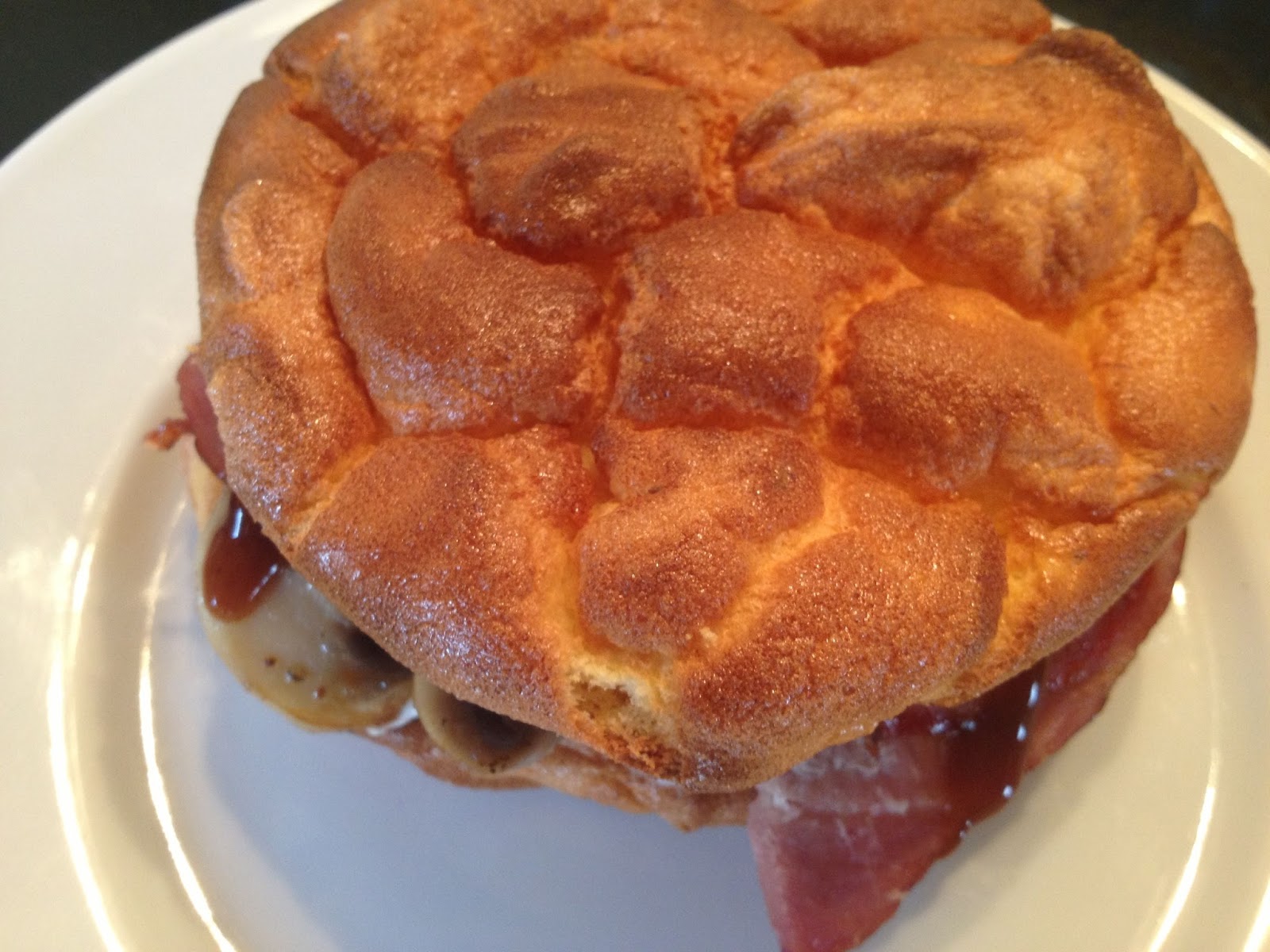