My BF likes Robbie Williams and has seen him a couple of times live so far. I have never been to one of his concerts, but always wanted to go to one.
For his birthday I bought two tickets. Premium level seating, so they weren't the cheapest!

We arrived at the stadium just 15 minutes before Robbie hit the stage.

I wish I could tell you only awesome things about the concert, but to sum it up: We were TOTALLY disappointed!
The show wasn't that good at all and you could see that Robbie Williams is getting older. Don't get me wrong, there are a lot of artists out there which can deliver a good show even if they are much older. But it seemed that Robbie lost his spark or is maybe even a bit burned out.

Even more disappointing was the sound. At times it was hard to hear his voice. The whole sound seemed kinda designed to hit only what was in front of the stage, but not the sides of the it.
But I just found out, that the sound wasn't even good there as one of our friends spent the concert in the rain on the pitch.

The layout of the stage wasn't that good either. Robbie seems a bit too pleased with himself as "sculptures" of himself were brought onto the stage in different variations. The middle of the stage was under a big big version of Robbies head.

He played new and old songs and finished the concert after about 1h45 with 'Angels'. He did seemed moved when the whole stadium was singing the song.
This was the opening show of his "Take the Crown" tour. I really hope that they will work on the sound :-((

After getting up this morning I wrote a complaint to the seller of the tickets. Let's see if I will get a response and what kind of response it will be!

There were two positive things to notice:
The supporting act Olly Murs was brought back onto the stage to sing a duet with Robbie.
Second thing were to young boys Robbie found on Youtube who sang "We found love" (Rihanna). I am sure the boys had the time of their life and they were really good too.

Here are a few pictures I took during the concert: 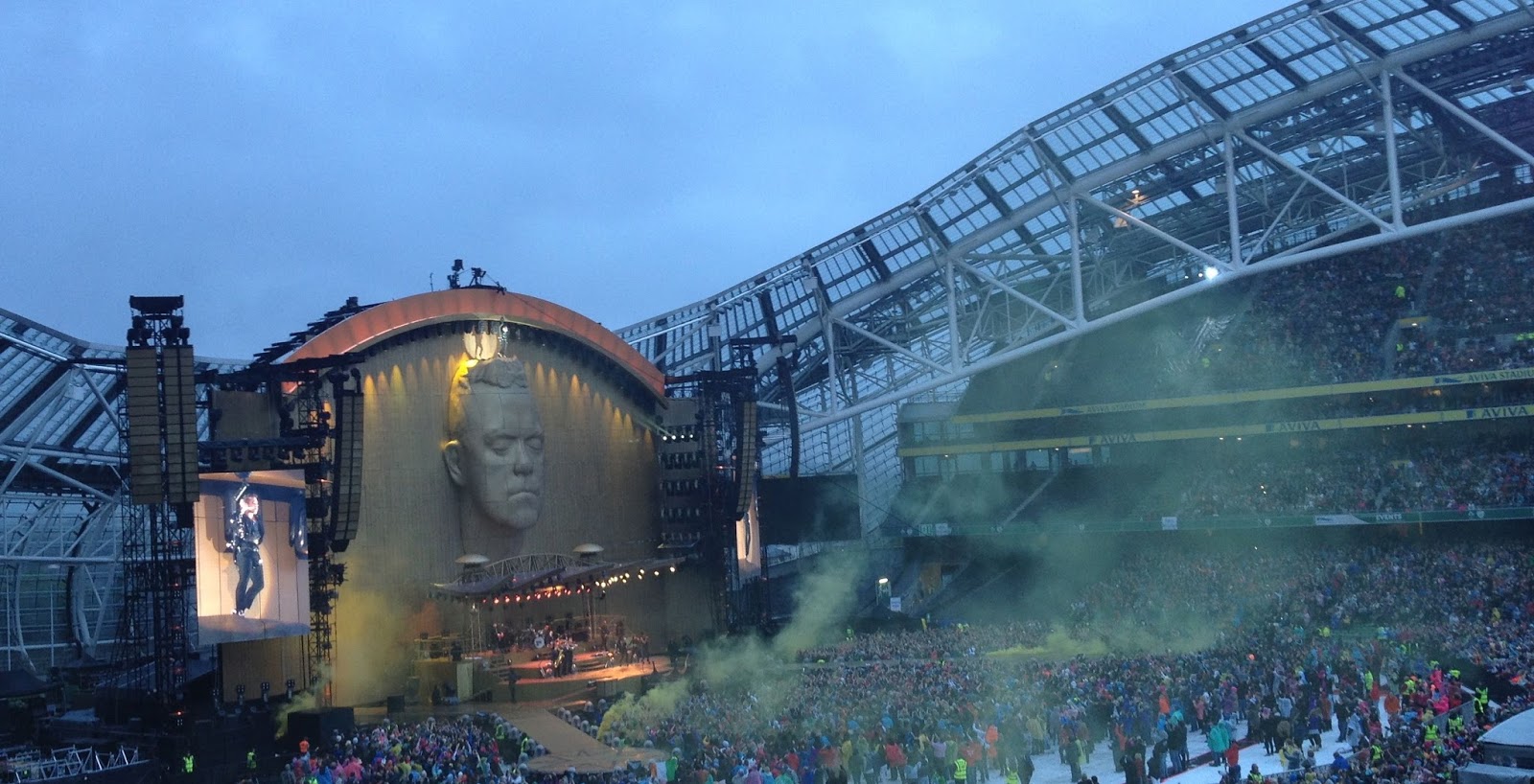 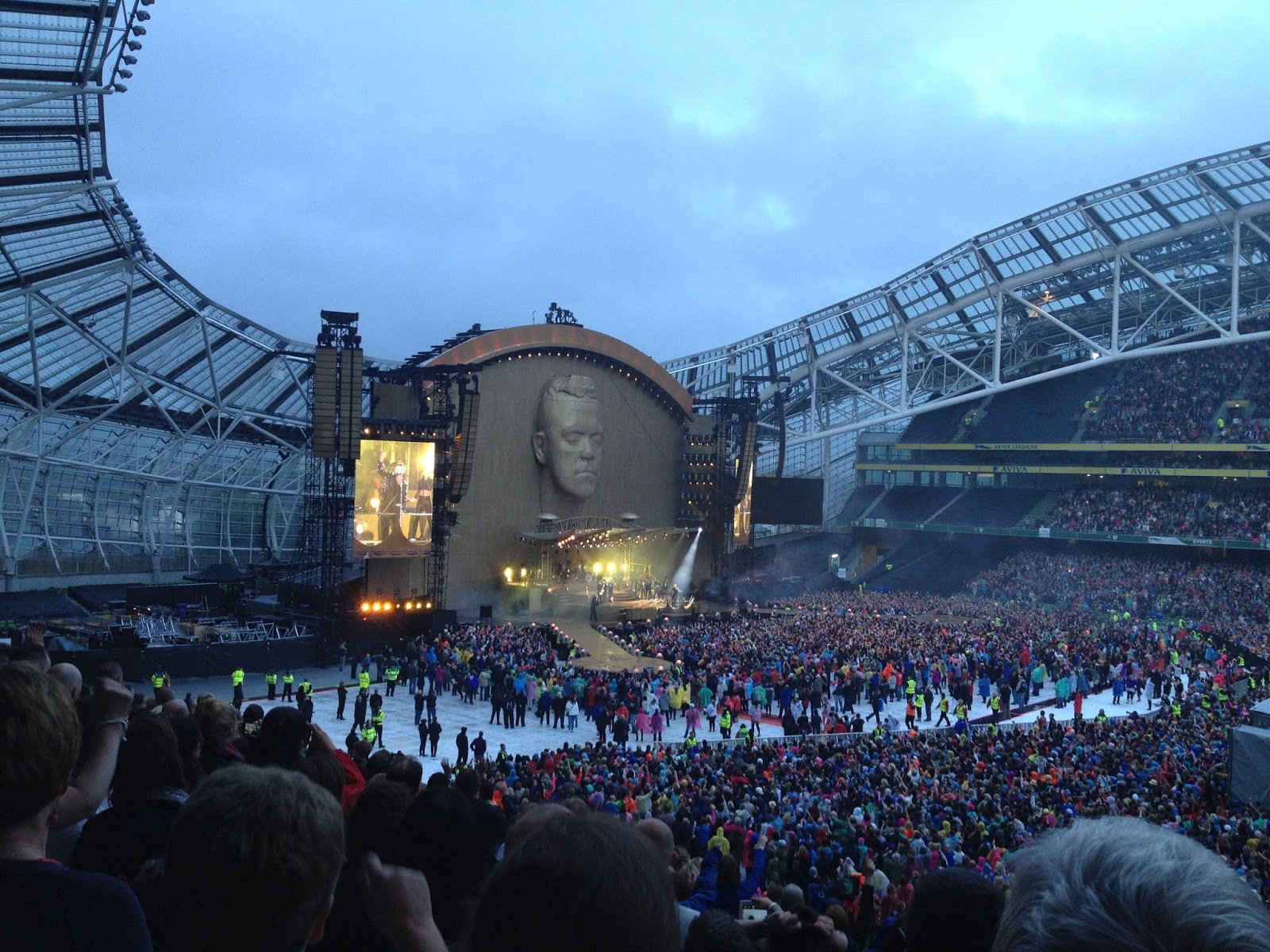 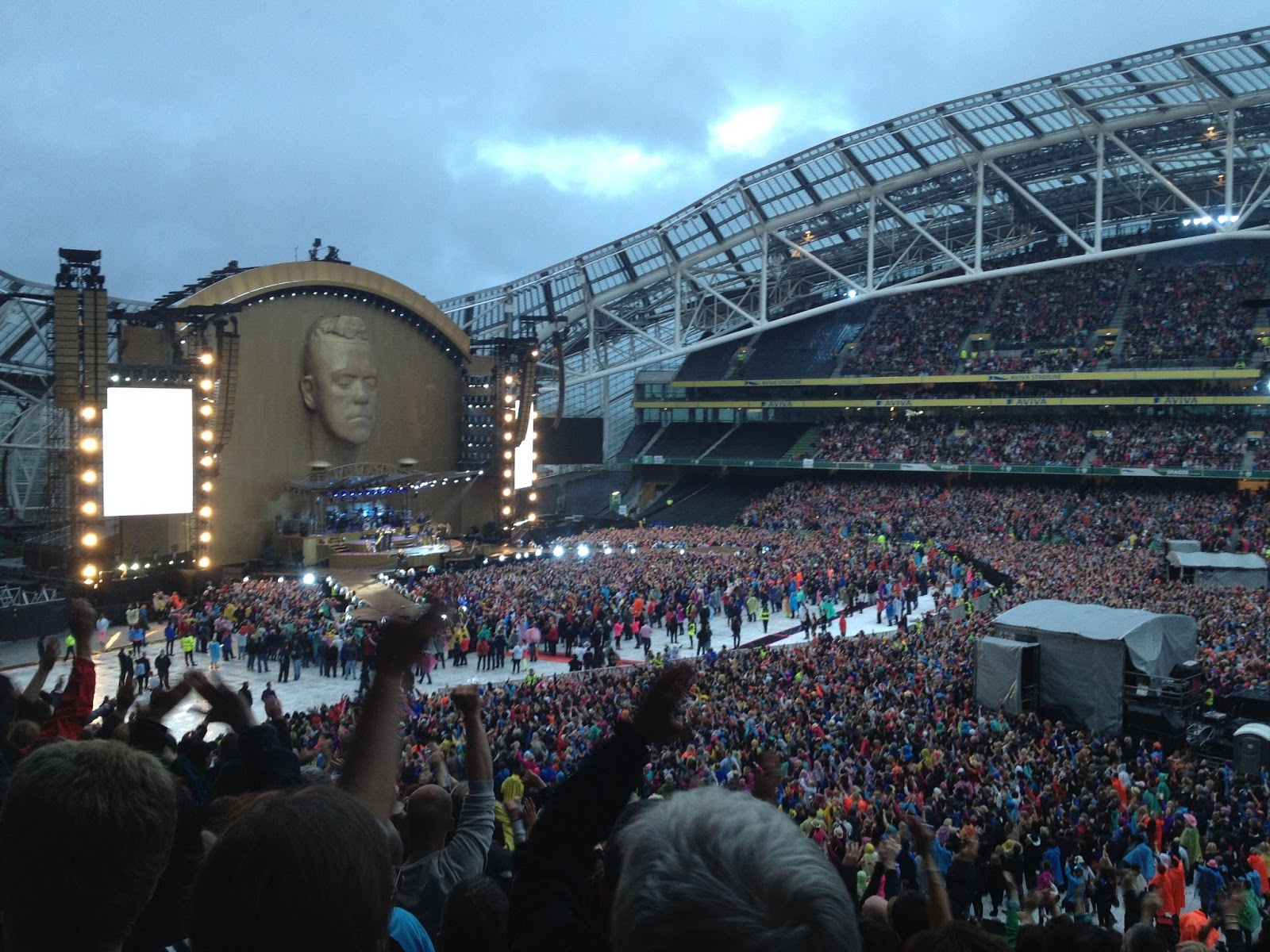 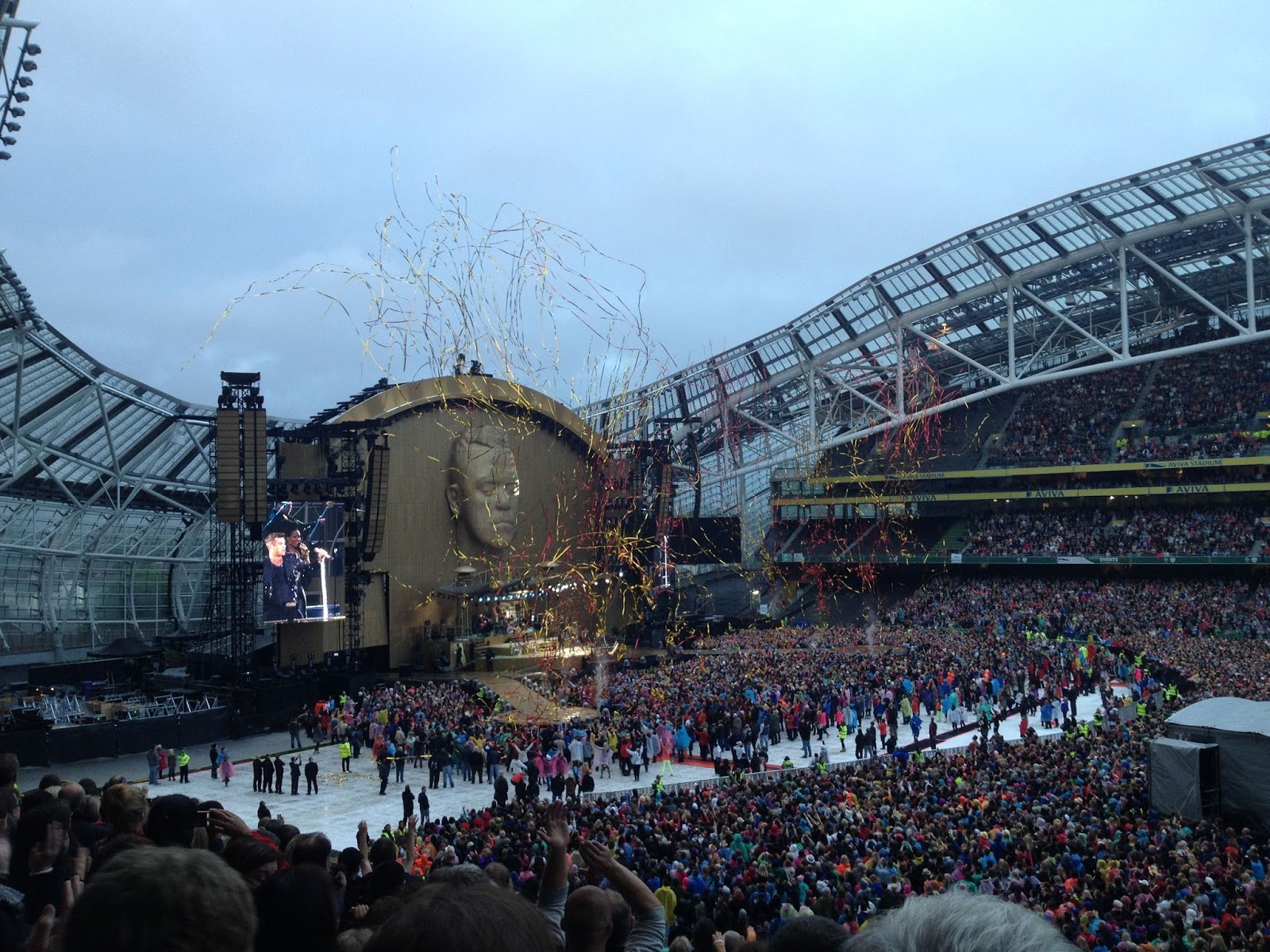 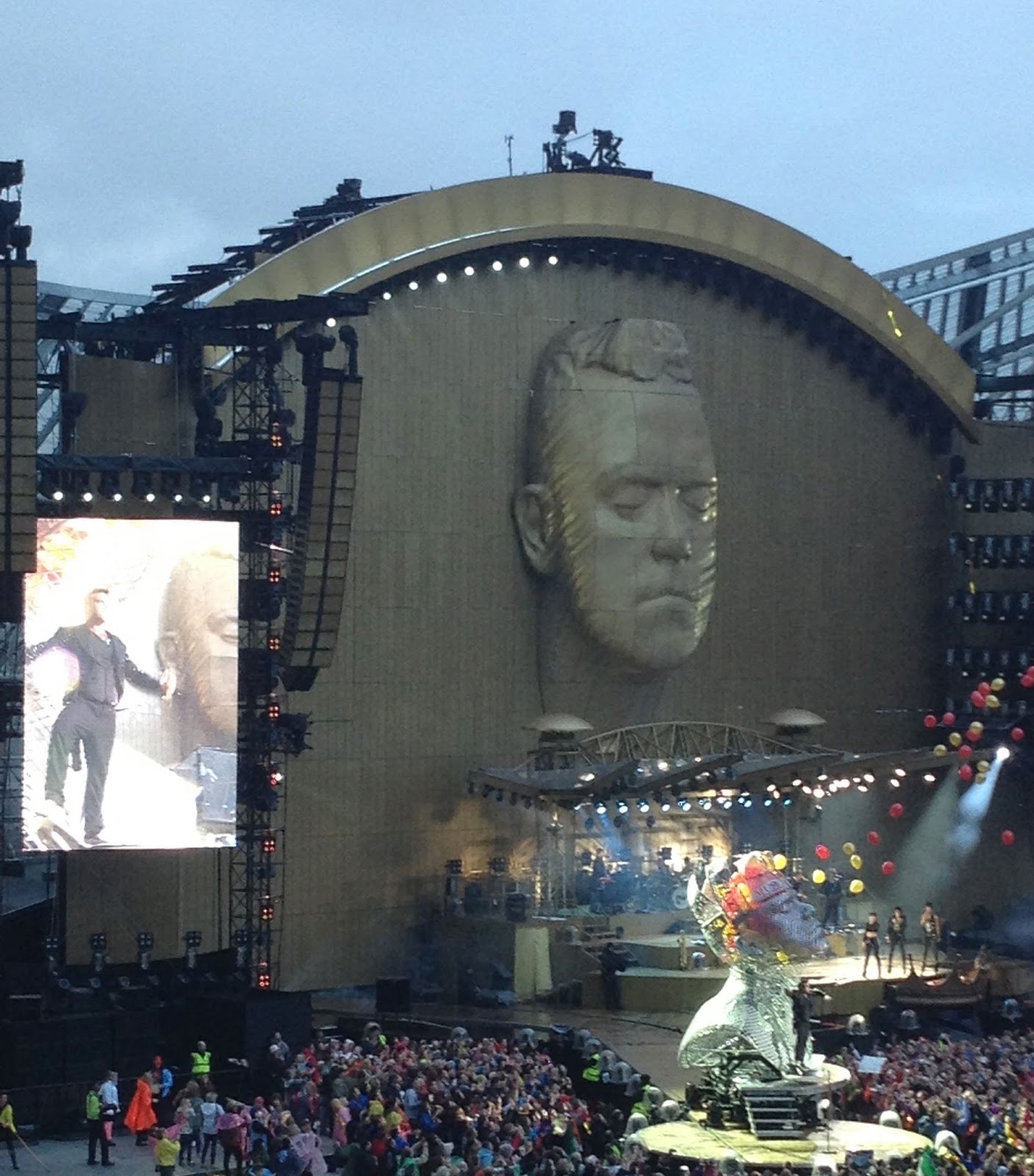 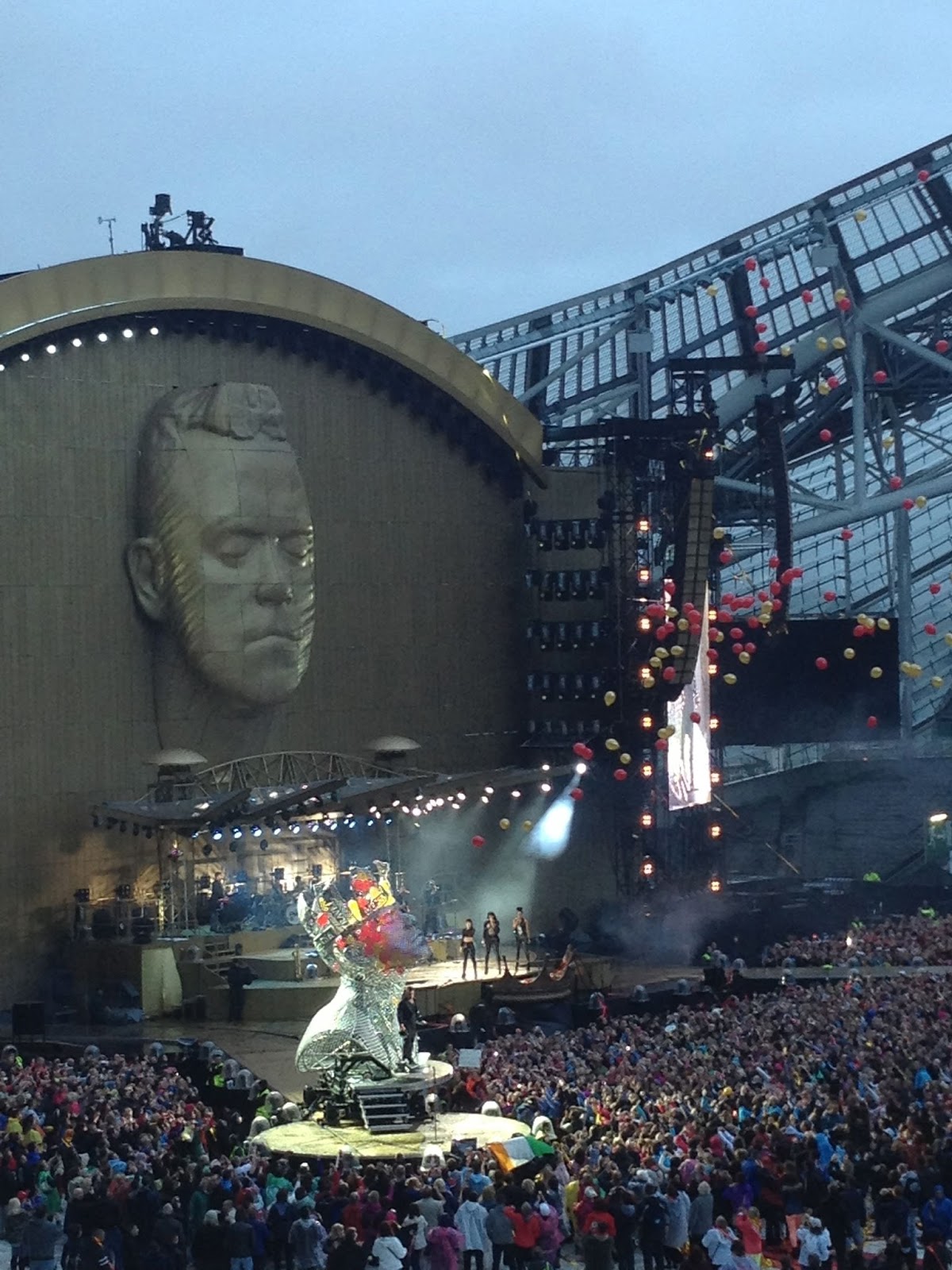 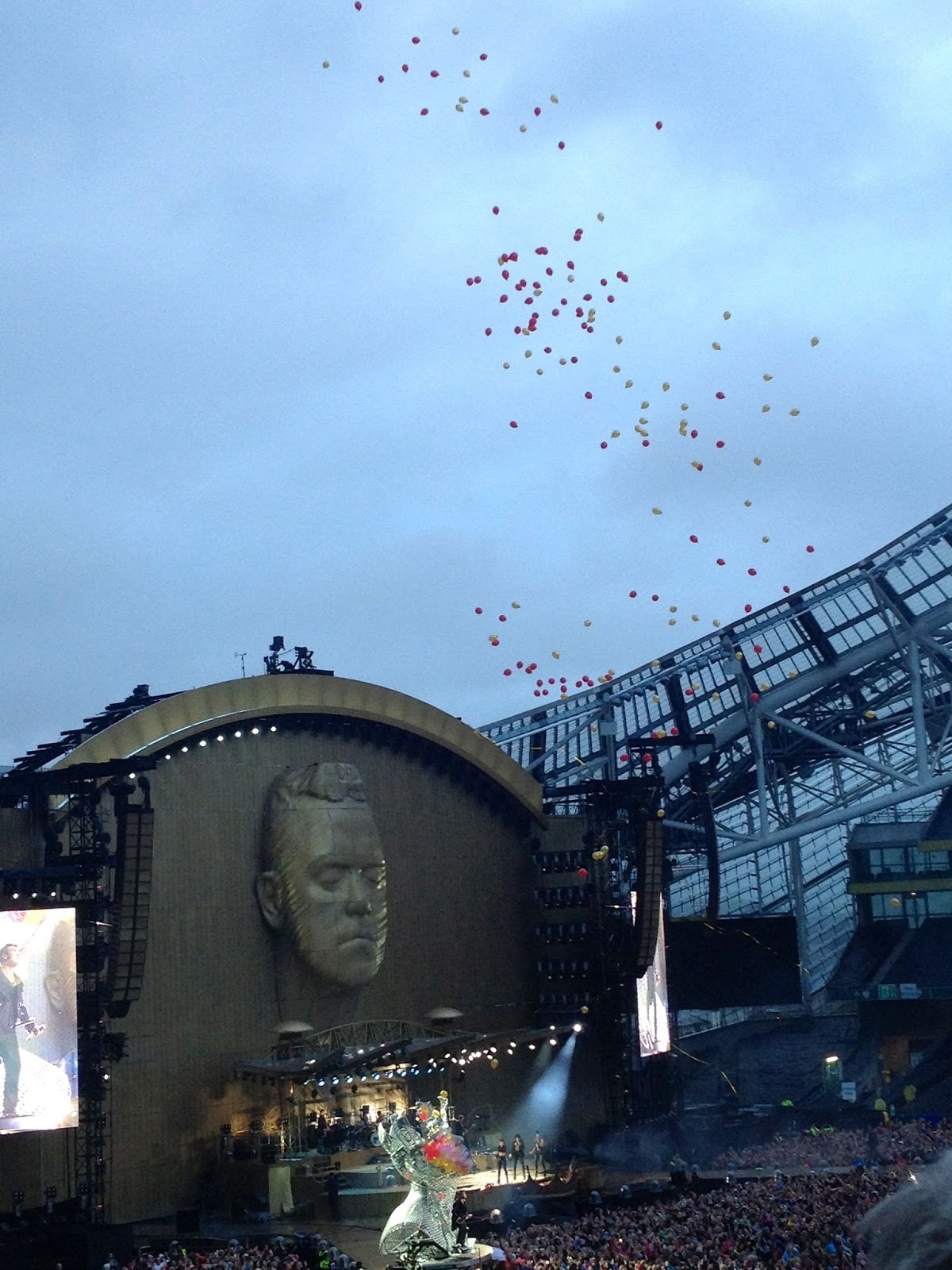 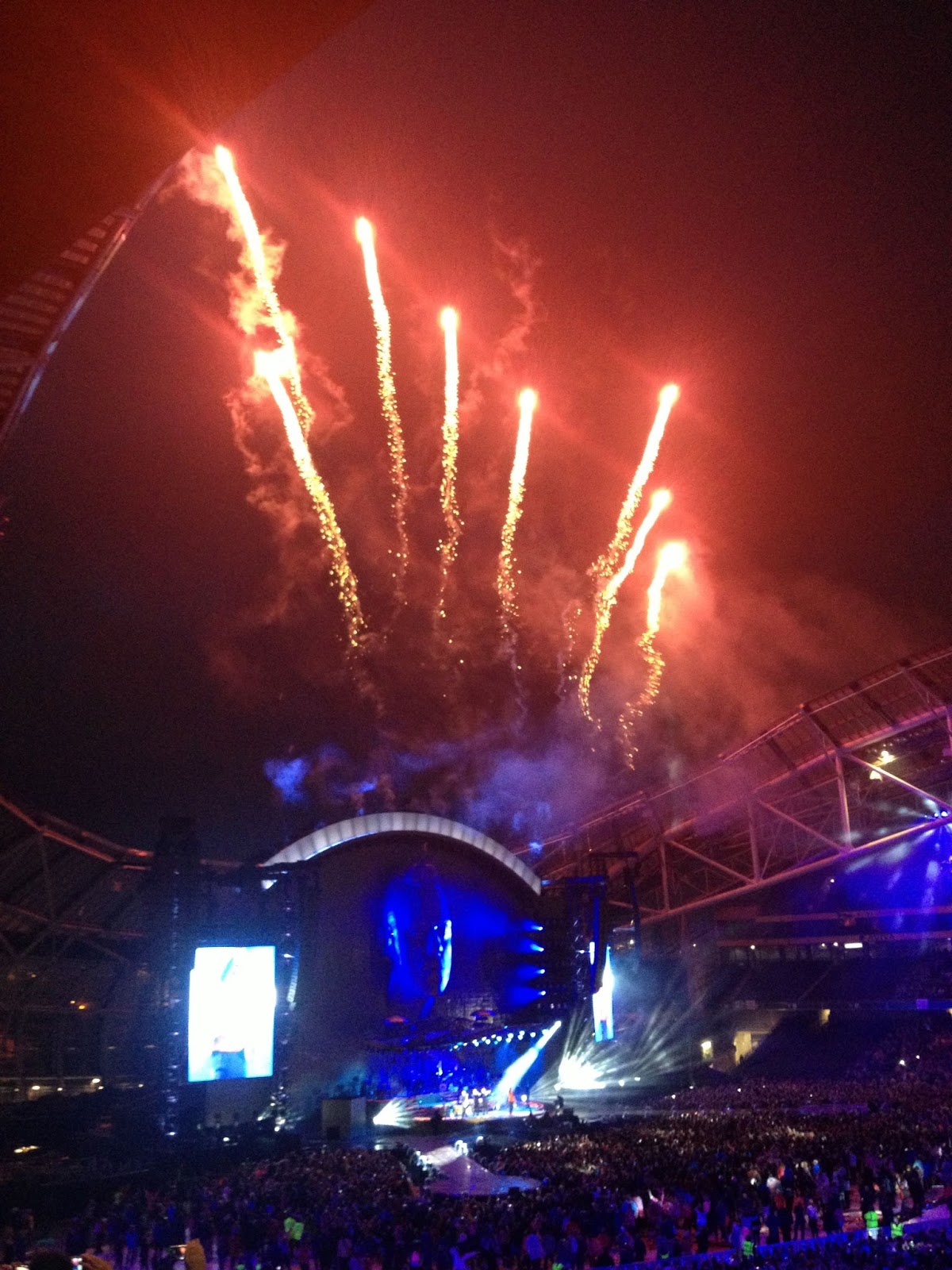 Email ThisBlogThis!Share to TwitterShare to FacebookShare to Pinterest
Labels: Ireland, Night out