I really did it! The dress is finished and I like it. It's wearable and fits quite good.
It's a miracle. Not only is it the first dress I ever sewed it's also the first masterpiece with a zipper. No idea why I was so afraid of sewing a zipper, it was much easier than I thought in the end.

I enlarged the pattern last night so that the annoying part of the dress was already done when I started this morning! 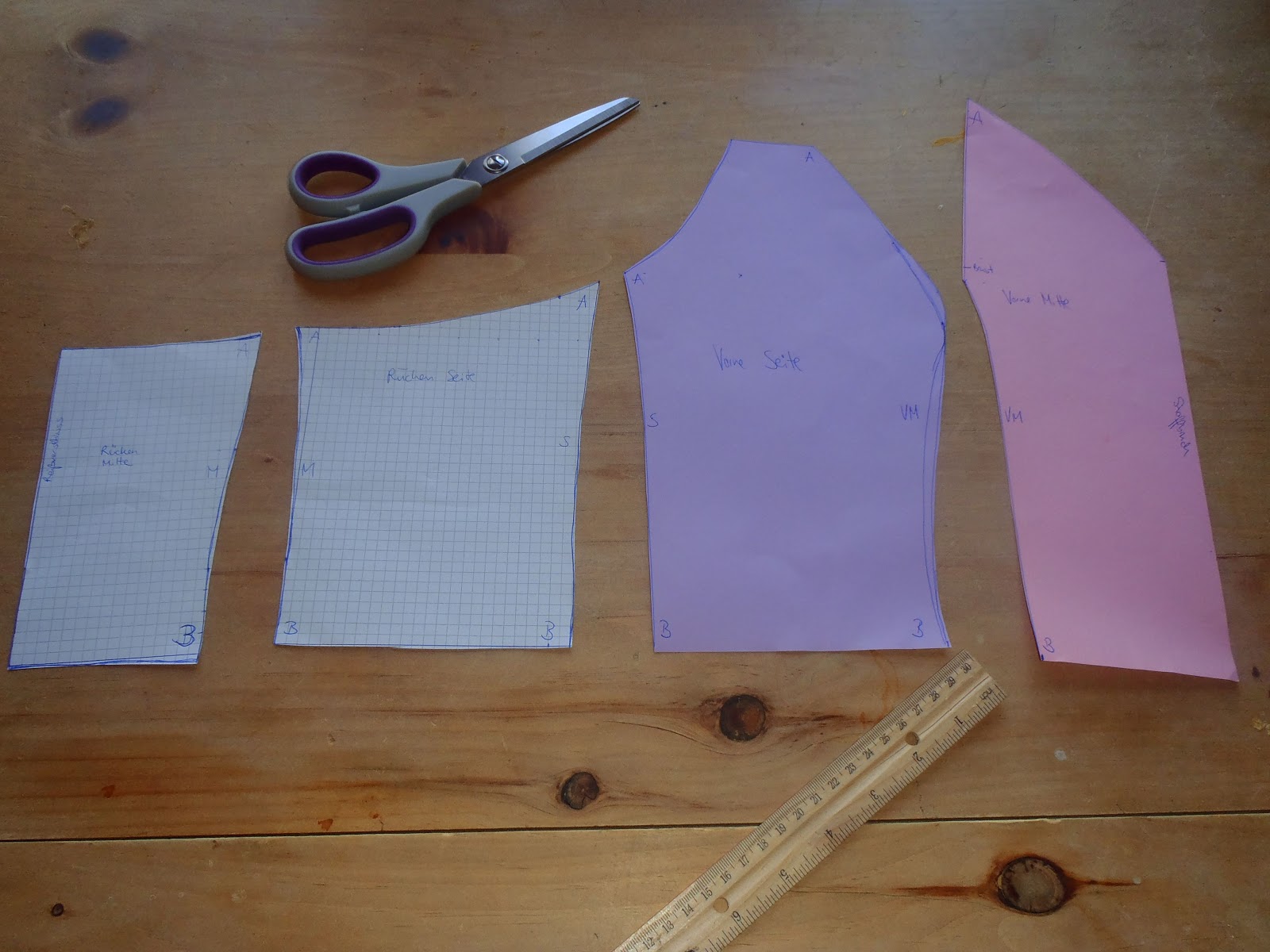 The first piece to cut was the skirt. After I did that I realised that I didn't have enough polka dot fabric, but not to worry! I still had some plain red cotton fabric. 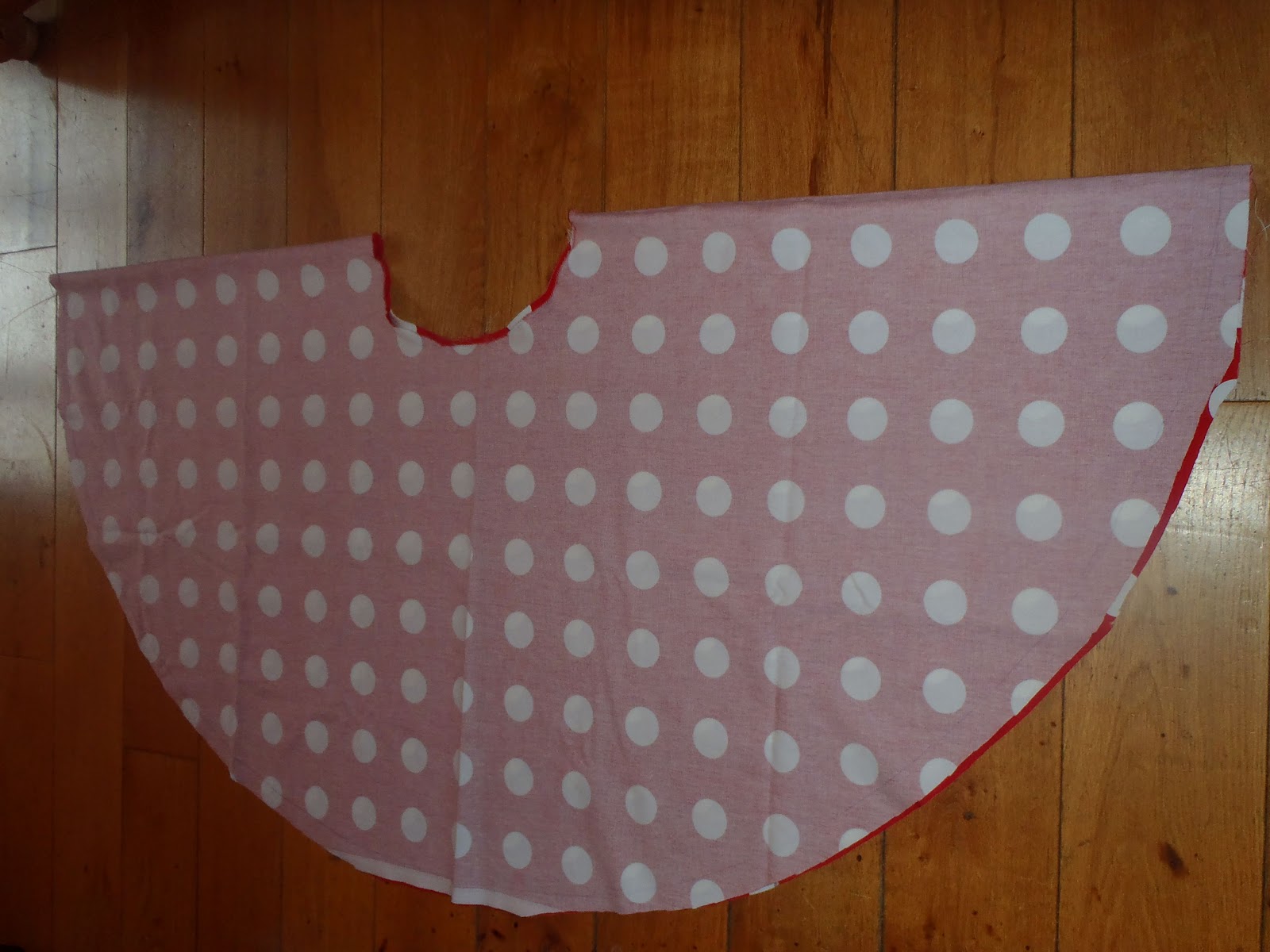 So I decided to puzzle the top ;-) 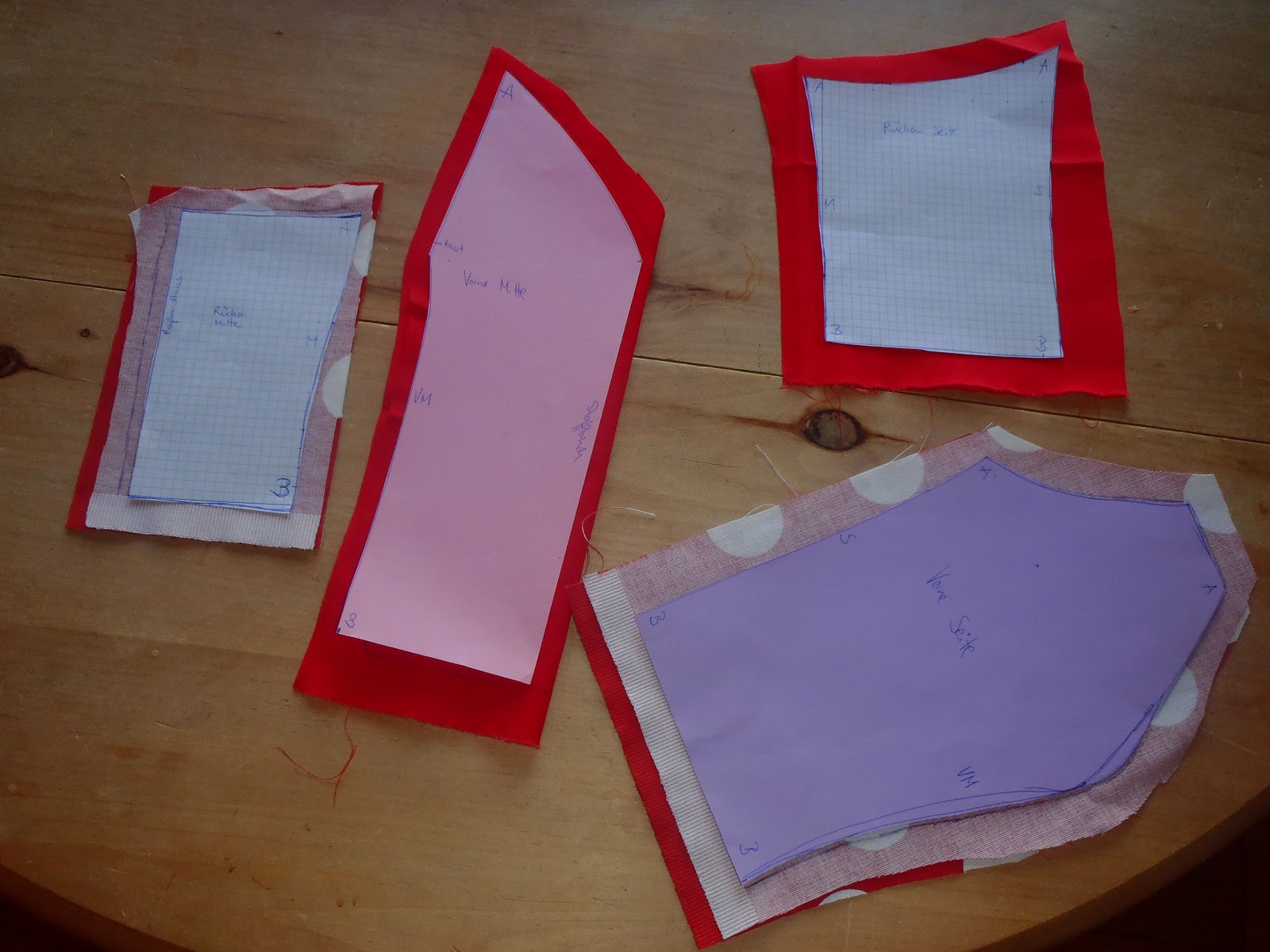 Shortly after starting the sewing I also realised that I didn't enlarge the pattern correctly, so I had to do a bit more of sewing Tetris. I added bits and pieces where I needed them.
Eventually the top was finished! 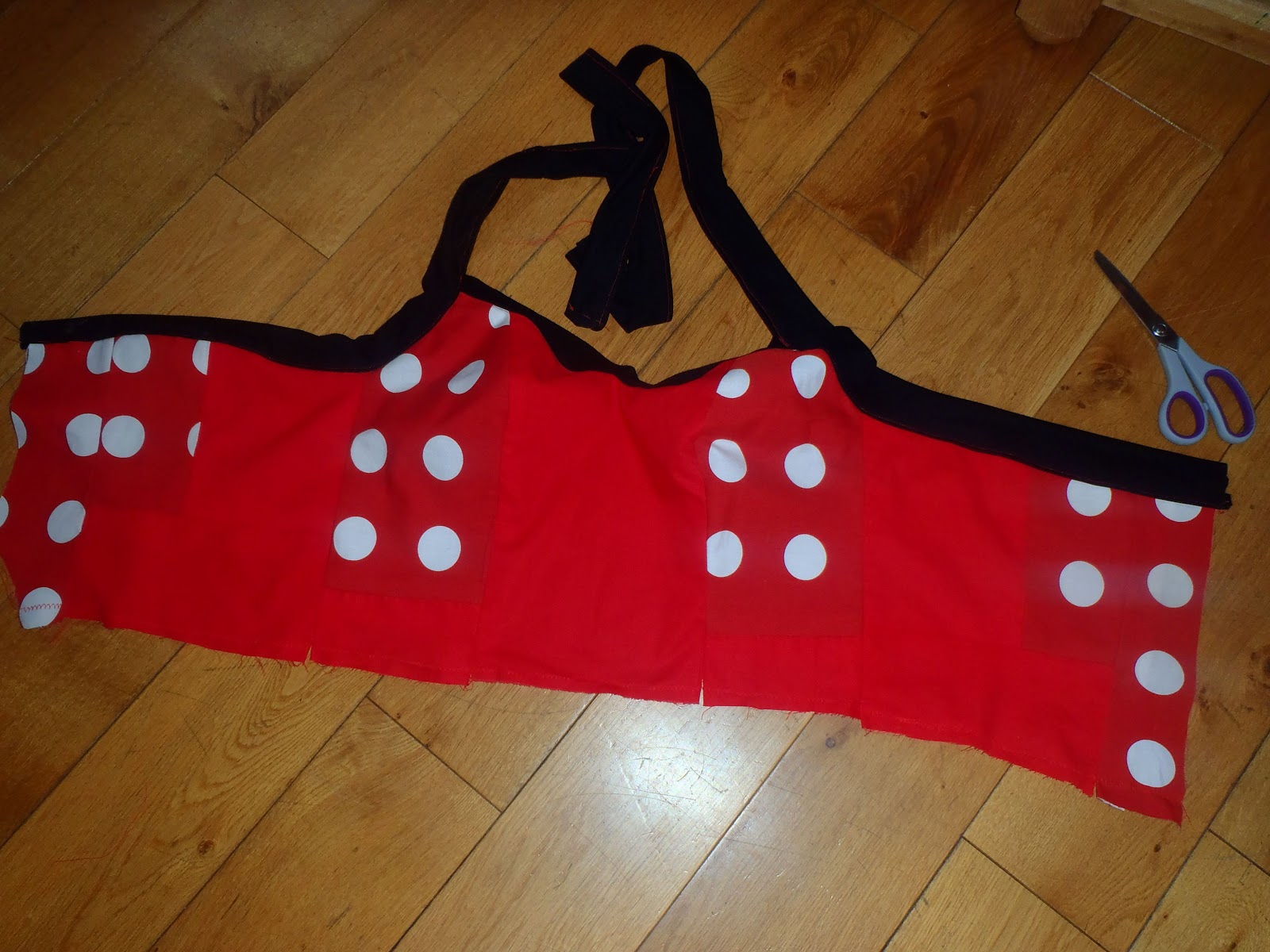 Next I sewed the top to the skirt and sewed in the zipper.
Hold on a sec:
Before I was able to do that I had to drive to a  shop to buy a different zipper. The one I had sitting at home for ages was actually to short.
I was very pleased when I found out that the shop selling the zipper also had quite a few nice fabrics in stock! Finally a shop close by, BUT it's expensive. So I only bought another polka dot fabric...smaller polka dots this time. 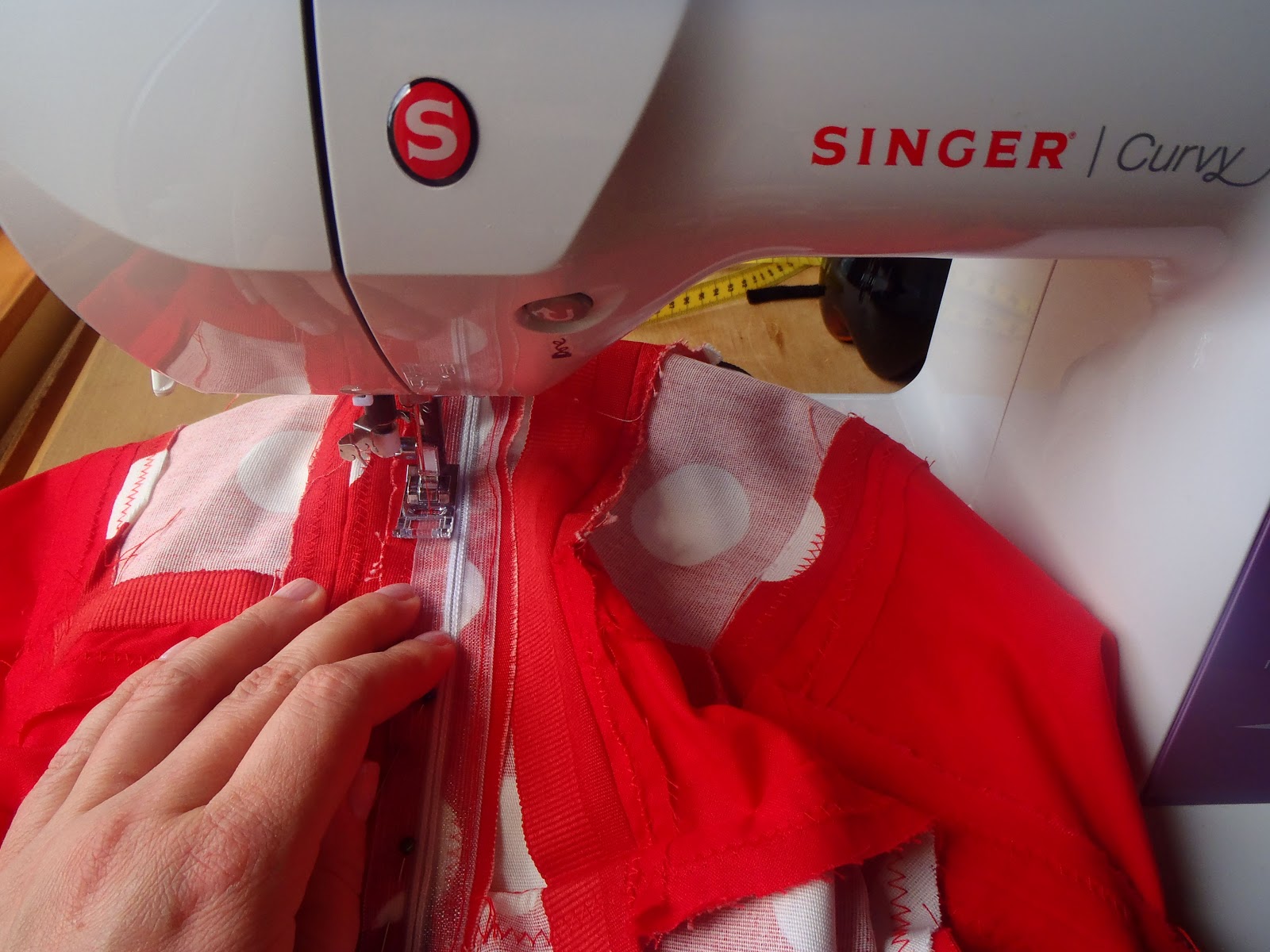 Totally happy with the zipper, I did the hem of the skirt and here we go:

My first sewed dress! Pin Up Style! (The pictures are not the best and sorry about the socks. I will show you the full outfit after next weekend when the dress will go out the first time. Can't wait to show it off!) 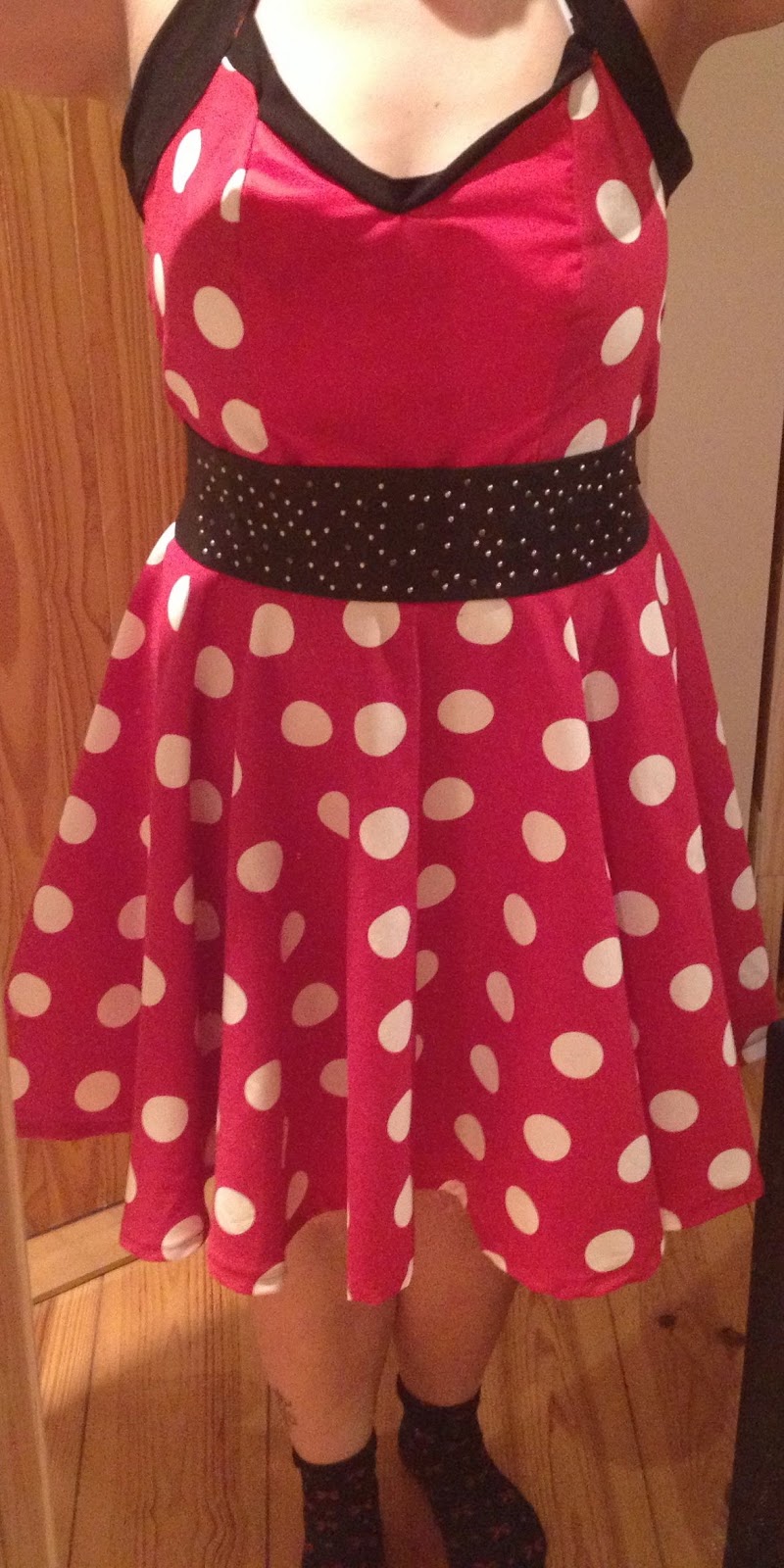 The belt is a fake leather belt I bought a while ago. Saved me from sewing one.


Abby wasn't really impressed with the action going on in the living room. She had a big snooze instead! Isn't she just the cutest? 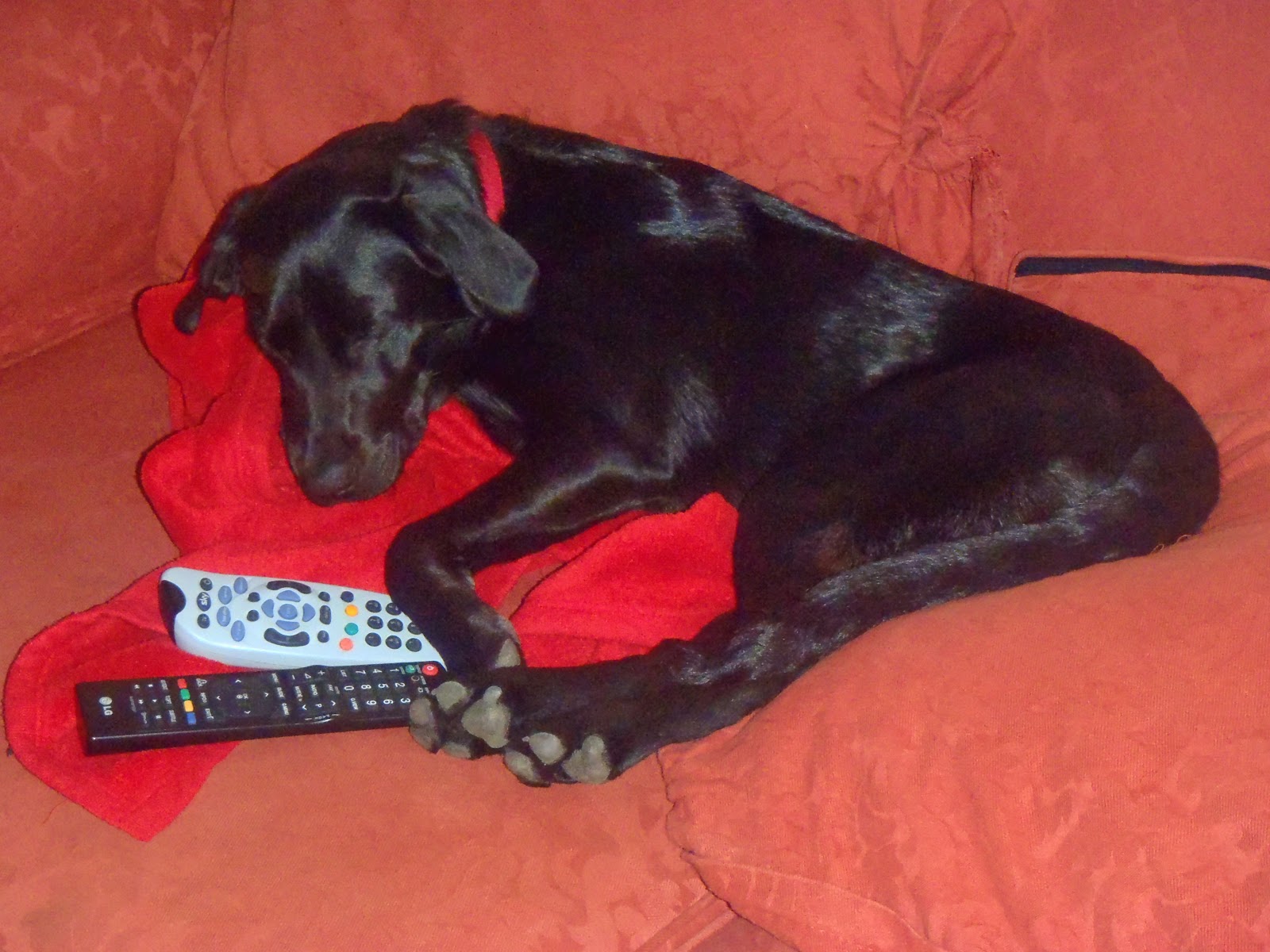