I must admit that I am not the biggest fan of crisps/chips, but every now and then I like them. Of course they are everything but surely not low carb.
Browsing the internet for new low carb recipe ideas, I found Layla's low carb blog. Her last post is from March, but I really do hope that she is gonna continue the blog, because she has some fantastic recipes online!

She posted a recipe for Celery root potato chips and I thought I give it a try.

I popped over to the supermarket and bought a celery root. Not the prettiest vegetable that there is on earth?
Anyway, I peeled it and chopped it into small pieces and sliced it as thin as possible. 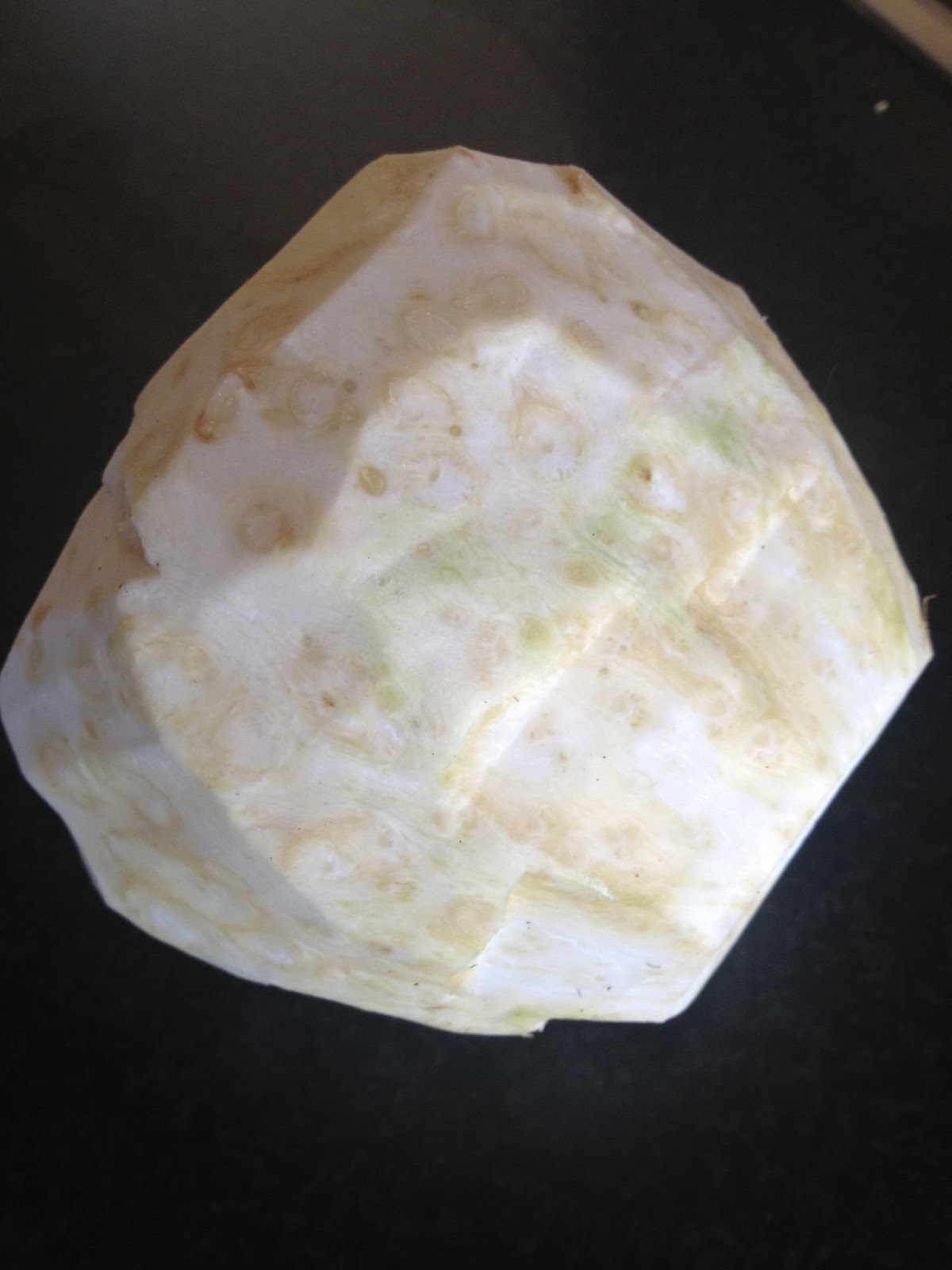 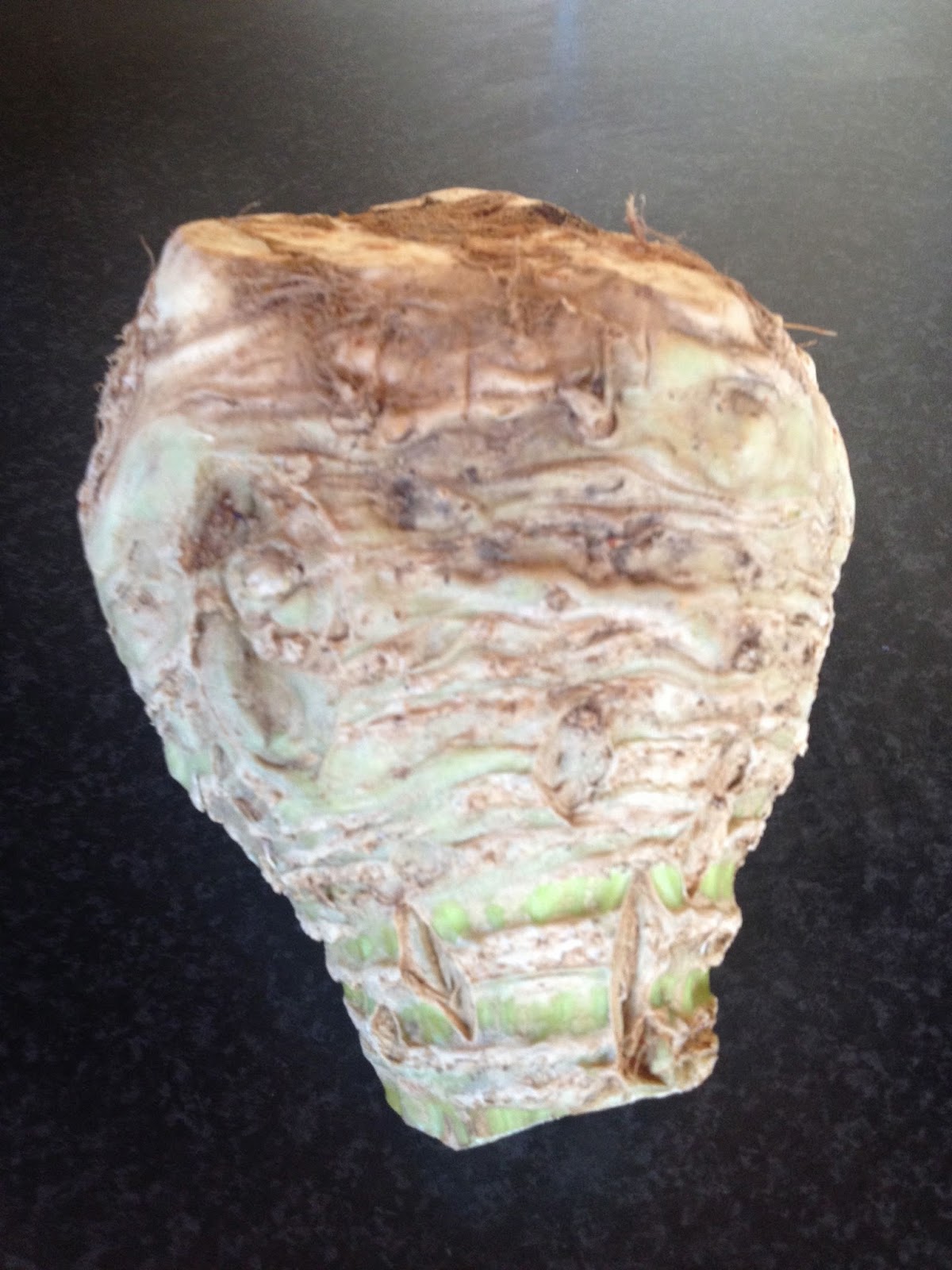 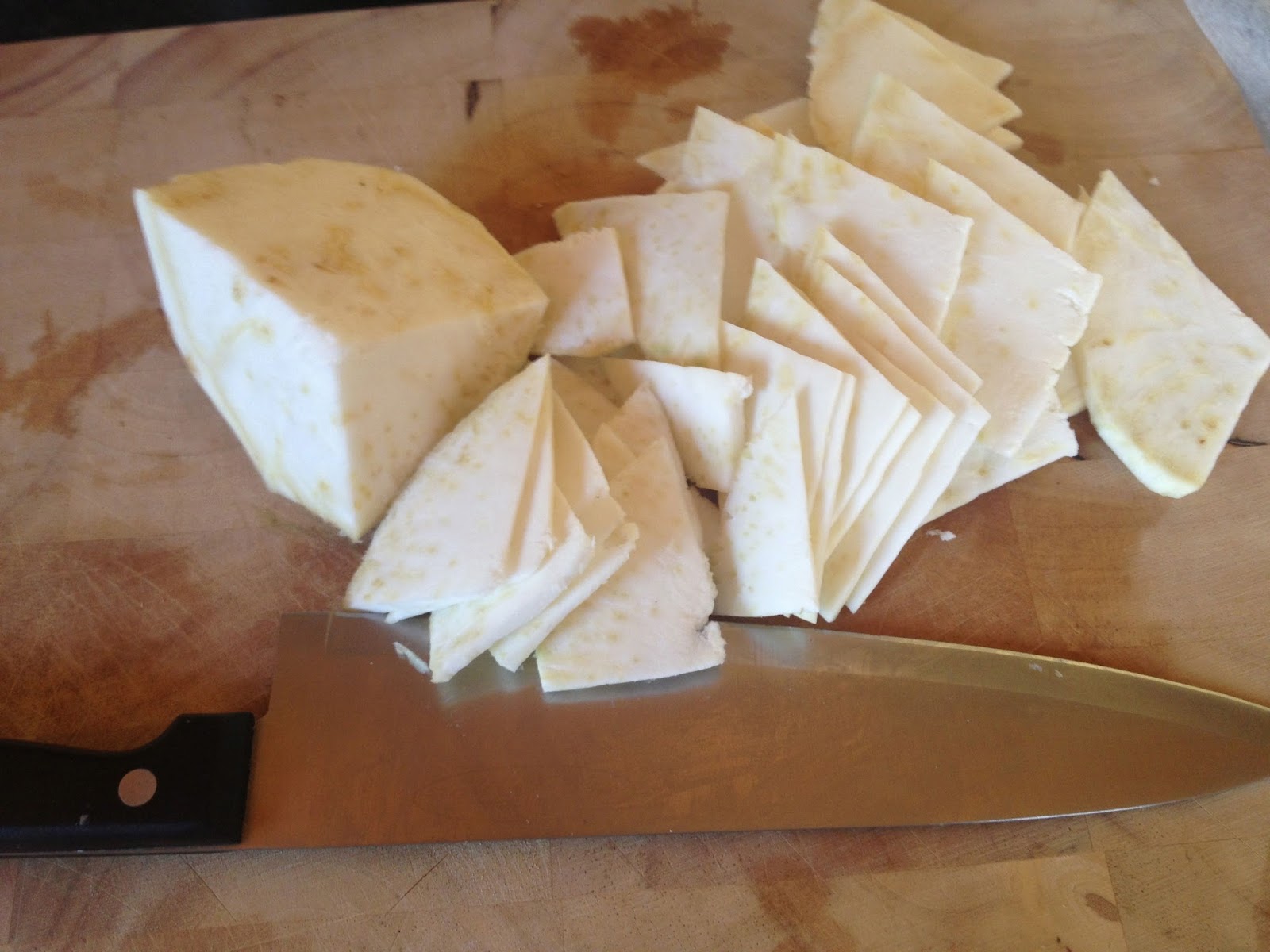 Next I heated a small pot with neutral oil (such as sunflower).
I fried the celery root slices in small batches and got rid of any excess oil by putting them onto kitchen paper. 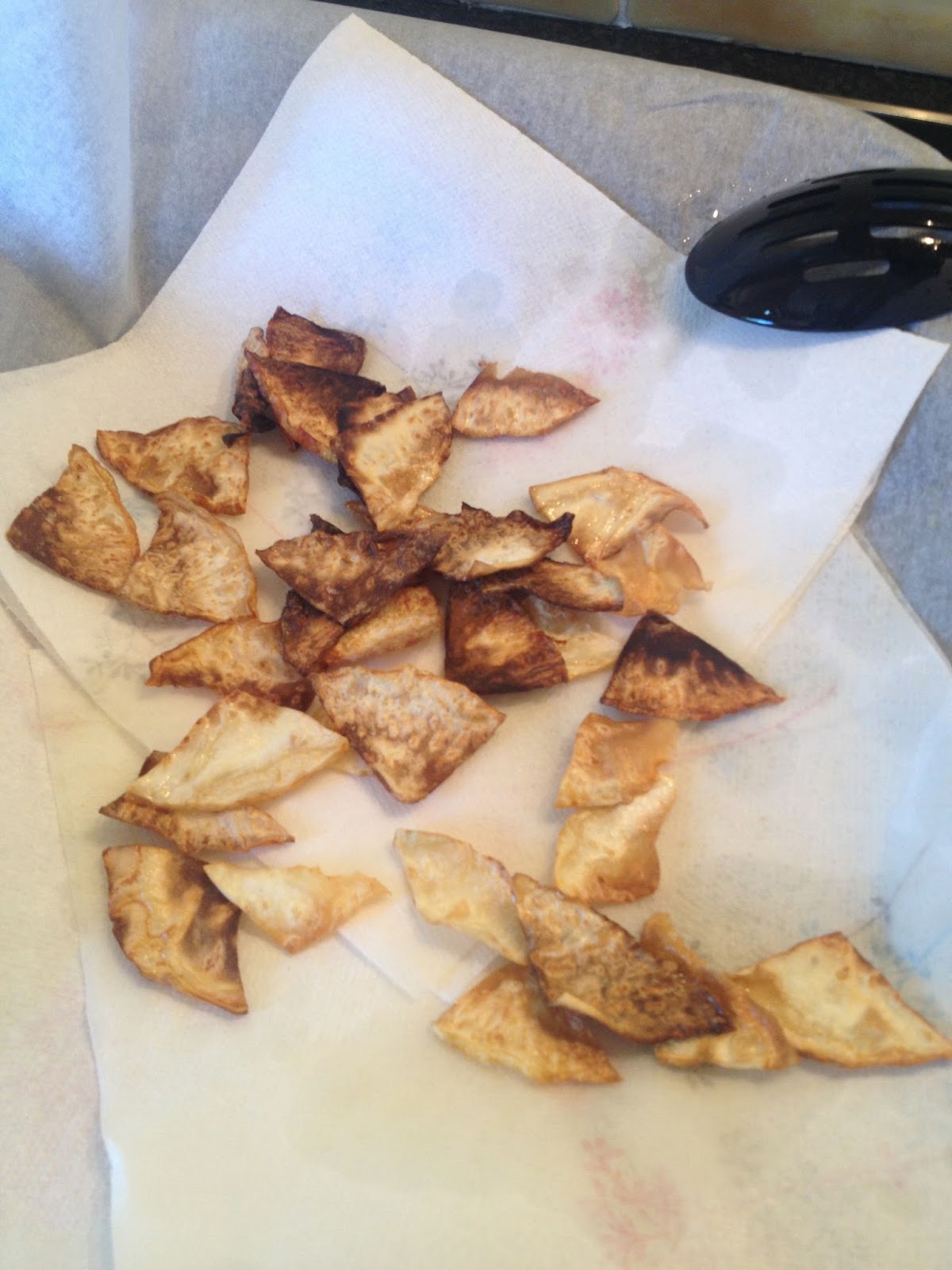 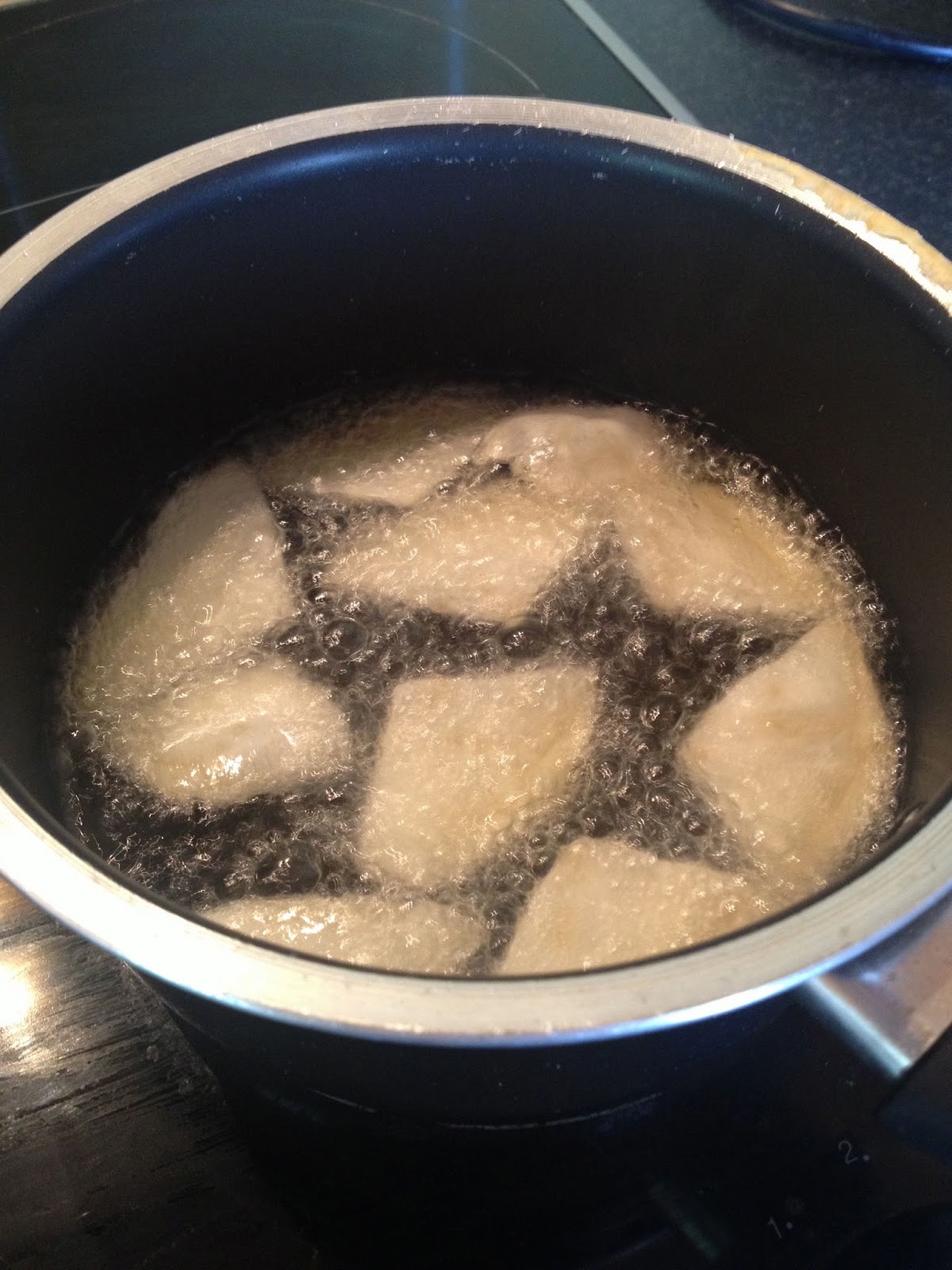 Layla suggests to put some sea salt on top, but I thought they tasted salty enough.

The whole procedure took me more than an hour, quite a lot isn't it? On top my kitchen and also me are smelling like frying oil.

I ended up with a medium large bowl of crisps, which actually taste totally like normal potato crisps. They are REALLY good! 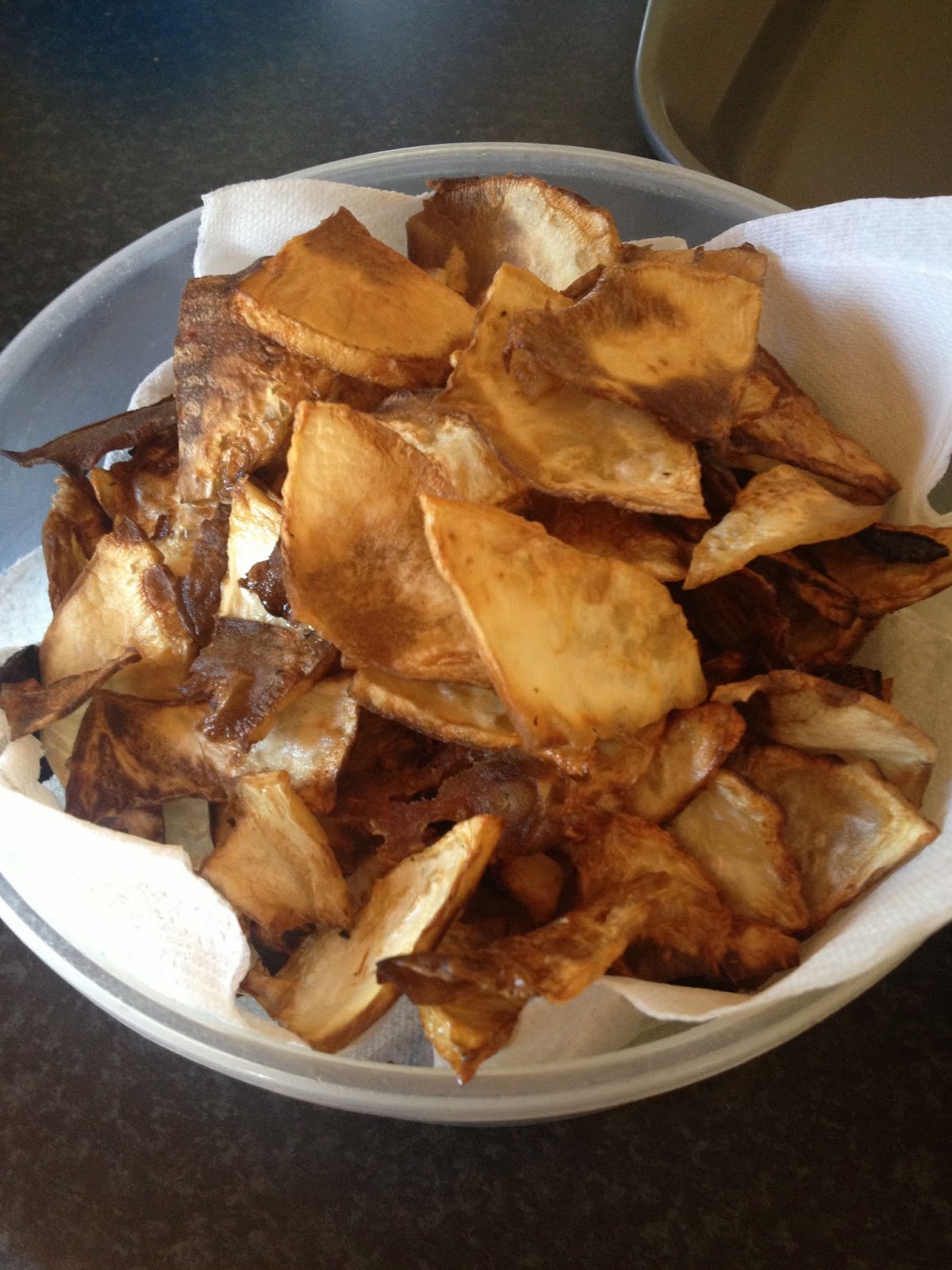 Would I do it again? It's quite a bit of effort to make these little bad boys and because I am not the biggest crisps fan, I would say no. BUT if you are into crisps, I am sure you would make them regularly.

Note: I recommend eaten them straight away. I left mine sitting for a while and they went all soft. 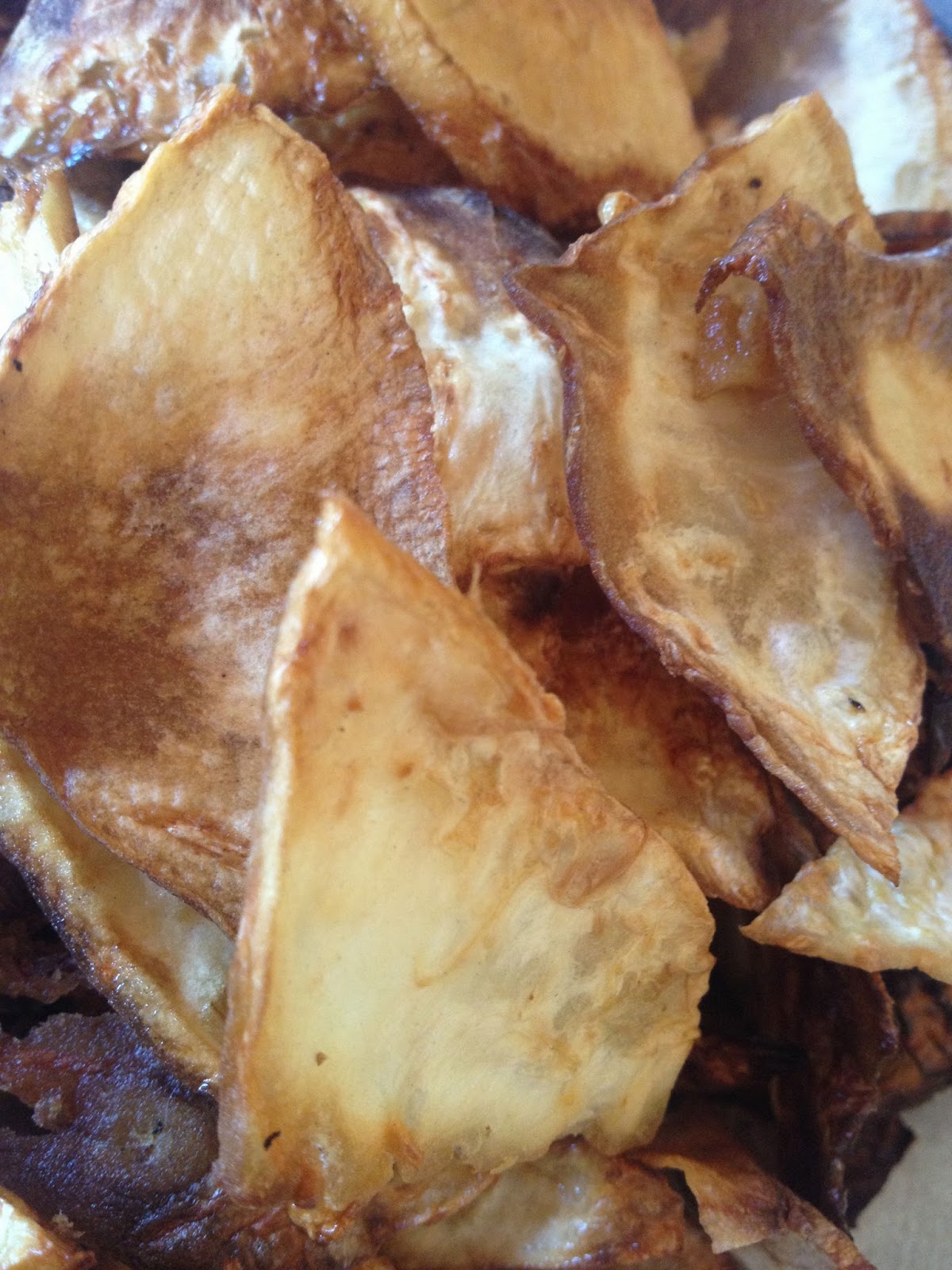 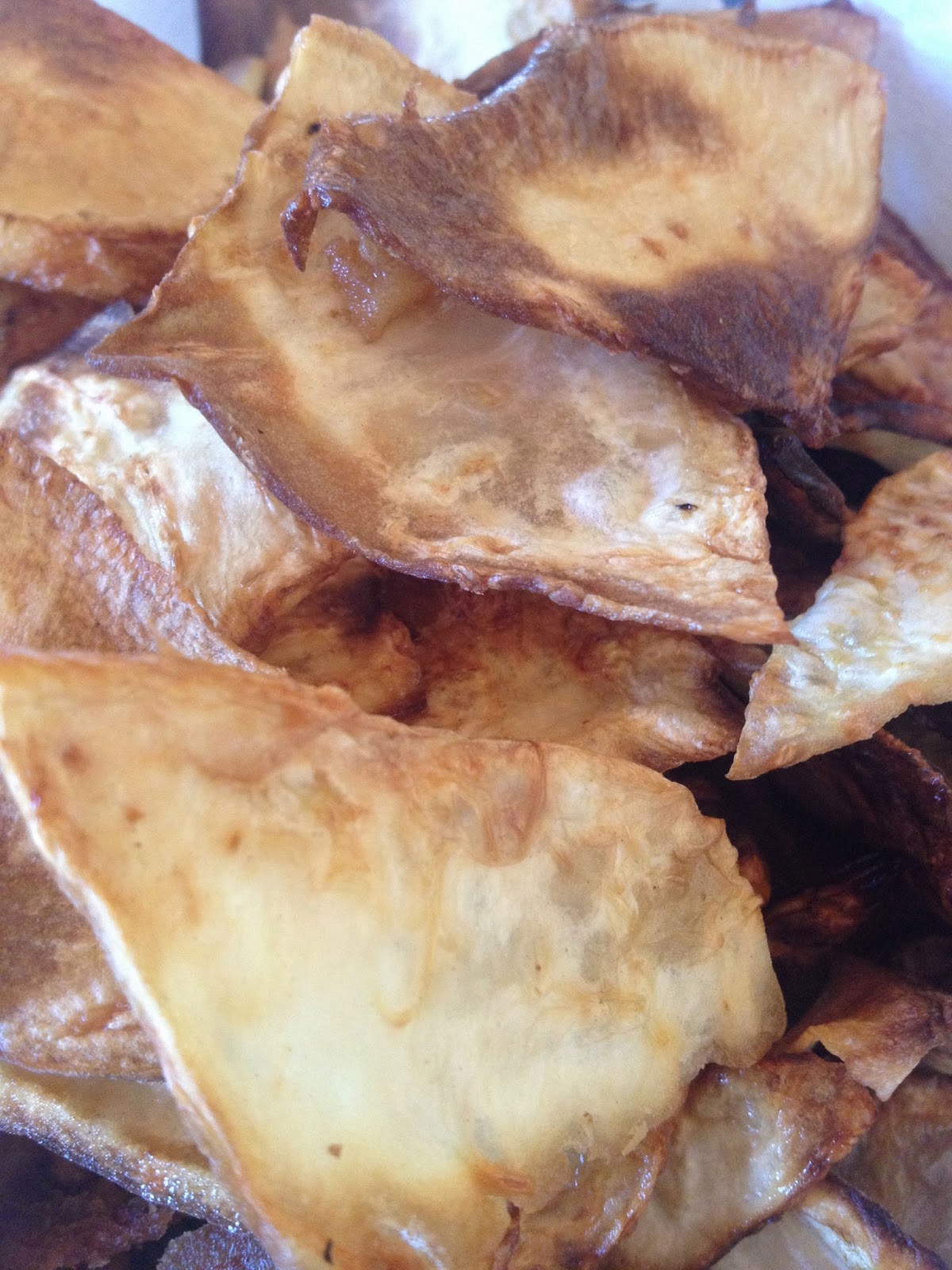